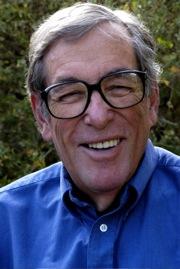 Alan Rich, America’s most outspoken classical music critic, died in his sleep Friday in his home in West Los Angeles at the age of 85. For his entire career, he was as full-out in his enthusiasms and advocacies as he was unsparing and sharp in his assessments, always making a deep impression. He was, in short, a leading commentator on the classical music scene, one who would not just engage but stir his reader. He wrote the Alan Rich entry in the Baker’s Dictionary of Music and Musicians, describing himself as having “an uncommonly bellicose disposition tempered by prejudice toward favorites.”

This strength of personality and forthright manner explains the variety of his employment, his becoming the most traveled professionally of critics. His career encompassed posts at the Boston Herald, the New York Times, the New York World-Journal-Tribune, the New York Herald Tribune where he worked alongside Virgil Thomson, Variety, Newsweek, New York magazine, and, for the past 20 years, in Los Angeles for the Los Angeles Herald Examiner, L.A. Weekly, Bloomberg News, New West, LA CityBeat, and California. His books included Play by Play, a guide to classical compositions with accompanying CDs, and So I’ve Heard: Notes of a Migratory Music Critic, which was published in 2006. Additionally, this most fluent and driven of music critics contributed articles to San Francisco Classical Voice, among other publications. In spite of declining health during the past year, he was posting commentary on the Internet, his own blog, “So I’ve Heard”, which includes complete archives of excerpts of his writings for each year from 1983 to 2010 (through February).

All that didn’t include nonwriting jobs along the way; for example, his stint as music director of Berkeley’s KPFA in the 1950s while pursuing a master’s degree in musicology at UC Berkeley. At UC he came under the influence of one whom he credited as being his most important influence, the musicologist Joseph Kerman. My association with Alan of more than 55 years stemmed from that period. He had earlier earned his bachelor’s degree at Harvard, starting there in premedical studies before switching to music. In those days and through the succeeding decades of LPs, and then CDs, he was one of the master record-reviewers, influential because he didn’t just gush or pan, but gave reasons, convincingly.

Through it all, his manner, his style, and, above all, his passion about music that both drove and informed his writings were a constant, so that an Alan Rich review from early on, say from the Herald Tribune, would be consistent with and unmistakably the same voice as a piece 50 years later. Most any of his reviews or articles would catch the essence of a piece or performance, distilling the experience and getting right to the point that defined it as an inspiration, and inspiring. Even his dislikes for some composers, as strongly pronounced as his love for his favorites, were provocative.

Alan’s antipathy to Brahms (which became legendary) was puzzling in view of his admiration for later composers who were deeply influenced by him. But Alan could be seduced, even by Brahms, as he revealed in a review, “AIMEZ-VOUS BRAHMS? MOI NON, MAIS. ... I am not in the habit of linking the lumpy clods that are the music of Johannes Brahms to words like ‘exquisite,’ but hear me out this once,” and then going on to admit that something can happen and “then there is Papa Brahms, his warm hand raised against the chill that has beset your spinal column that day, and suddenly life isn’t merely okay ... it has become, well, exquisite.”

Occasionally, he stretched beyond the role of “unpredictable gadfly” (New Grove Dictionary of American Music), becoming a loose cannon when he would dismiss or denounce another critic in print, a journalistic no-no and bad manners for no good effect. It was the gratuitous part of his wholly free speech.

His work in Los Angeles, where he spent the second half of his career, was probably his most influential because of his unremitting advocacy for new music. “The future of music in Los Angeles depends to a large extent on our support of forward motion,” he remarked in an interview for FineArts LA. He credited the other two critics in the region, along with himself, “for the fact that [Los Angeles] is the liveliest music center in the country, both in terms of a very progressive attitude toward performances and toward new music.” No critic comes to mind who took the role of advocate as forcefully and enthusiastically as Alan Rich; indeed, most critics shy away from that important function.

He spoke up eloquently, persuasively, for the music he most loved, especially new music. Alan was a big supporter of a major new-music patron, Betty Freeman, the source of more than 400 commissions and grants to contemporary composers, and even helped her produce musicales in her Beverly Hills home. He championed Esa-Pekka Salonen at the Los Angeles Philharmonic, writing: “By 1997 Esa-Pekka Salonen had made the Los Angeles Philharmonic relevant, to its city and to the possibility of a future for classical music in a community. Critics from beyond the mountains were dropping by, and they were writing about glowing musical activity in Los Angeles as a ‘continental shift.’”

As for myself, I never read an Alan Rich review or article that did not leave me with a fresh sense of that musical experience. That was his enduring legacy, imparting to his readers a real sense of his deep love of music. He, an original, and what he did were very real.