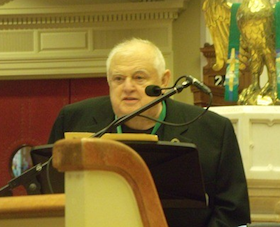 Conrad Susa, who died in his San Francisco home on Nov. 21, at age 78, was a distinguished educator and prolific composer with hundreds of works to his credit. He joined the faculty of the S.F. Conservatory of Music in 1988, and served as chair of the Composition Department for a decade.

In a recent interview for the Conservatory’s Oral History Project, Susa said:

I think teaching teaches one about being human, and about the price of mortality. It's a lesson I'm still learning of course. Because it's always different from the way one grew up, and what one learned then isn't always relevant now. One has to learn new things. And you have to keep some kind of morality in it.

Even as his health declined after he broke both ankles in a fall last year, Susa continued to work, and was scheduled to teach a class on Wagner’s Ring cycle on Friday afternoon, the day after he died his sleep.

David Conte, Susa’s longtime friend and fellow Conservatory faculty composer, assisted Susa in his recovery following his injury, chauffeuring him to the campus and escorting him to his classes.

"For those of us in the profession, Conrad Susa is a shining example of artistic invention, independence and integrity," Conte said. "I firmly believe that he was one of the most important American composers of opera and choral music in the last third of the 20th century."

Among Susa's best-known theater works are Transformations, based on Anne Sexton's recasting of the Grimms’ fairy tales, one of the most frequently produced contemporary U.S. operas; and the San Francisco Opera-commissioned The Dangerous Liaisons, premiered here in 1994, with a cast including Frederica von Stade, Renée Fleming, Judith Forst, Johanna Meier, and Thomas Hampson.

San Francisco Opera General Director David Gockley calls Transformations "a gem [which] gave promise of a bright future consisting of many titles, too few of which were realized. We miss what he could have left us, while celebrating what he gave us."

In the Oral History project, still in progress in recent days, this is what Susa said of his life and work:

I did not crave fame. Money is nice, and when I made money I loved it, but it wasn't my goal. My goal was to write music that people would like to sing.

I don't know if there is any way to have a career except to write good music. I think the career is something that takes you along, I don't think you can create it. I've had an extremely good and pleasant life being a composer.

Susa's orchestral works also had wide circulation, including Blood Red Roses, and The Blue Hour, discussed by the composer in an interview with Jeff Dunn:

The Blue Hour is an attempt to produce in sound the complexity of experience which floods the soul in that magical moment before sunset. At that time, the light blurs familiar outlines, suffuses shapes with unexpected colors, and seems to stop time itself. Reality is suspended. Loved ones are suddenly near. The past is present, and we are saturated with sweet pain.

Michael Morgan, who conducted The Blue Hour with the Sacramento Philharmonic, and will perform it again with his Oakland East Bay Symphony on Jan. 24, says:

The impression I always got was that no matter how much Conrad told you, on any subject, he knew so much more. I was looking forward to introducing him to my audience because no one was better at explaining the meaning of a piece of music. He was a great spirit. 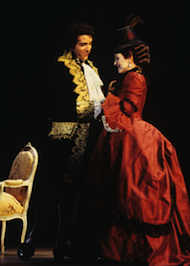 Susa's most popular choral works include Carols and Lullabies: Christmas in the Southwest and A Christmas Garland. His settings of the poems of James Joyce, entitled Chamber Music, appear in many programs.

Susa earned degrees from Carnegie Institute of Technology and the Juilliard School, where he studied with William Bergsma and Vincent Persichetti.

He served as resident composer for the Old Globe Theater in San Diego and as dramaturg for the O’Neill Center in Connecticut. He also wrote numerous scores for documentary films and PBS television productions.

Susa's career included work as staff pianist with the Pittsburgh Symphony Orchestra and as assistant editor of Musical America magazine. He won numerous awards, including Ford Foundation fellowships, National Endowment for the Arts grants, and a National Endowment Consortium grant.

Susa is survived by his brothers Lawrence and Dennis, nephews and nieces.