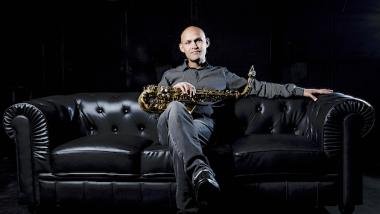 Growing up in San Juan, Miguel Zenón didn’t so much reject traditional Puerto Rican music as blithely ignore it. Already a standout musician steeped in European classical music when he became fascinated by jazz in his mid-teens, the budding alto saxophonist spent the next 10 years immersing himself in jazz’s harmonic and rhythmic intricacies at Berklee and the Manhattan School of Music.

“Growing up I wasn’t paying attention to this music,” says Zenón, 42. “I got close to this stuff after I left Puerto Rico. The distance pushed me to want to delve into my identity as a Puerto Rican and I feel it helped me to find myself. There’s also a certain sense of responsibility. I want people to see what’s there, to spark their curiosity.” 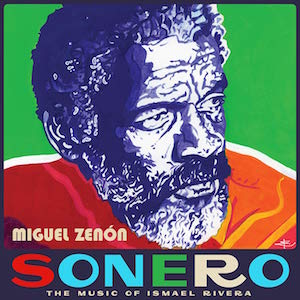 A founding member of the SFJAZZ Collective who left the ensemble in 2018 after 16 seasons, Zenón returns to the region for two concerts celebrating the release of his gorgeous new album Sonero: The Music of Ismael Rivera (Miel Music), performing Sunday afternoon at Bach Dancing & Dynamite Society in Half Moon Bay and Monday night at Santa Cruz’s Kuumbwa Jazz Center. He’s touring with his longtime quartet featuring Venezuelan-born pianist Luis Perdomo, Puerto Rican drummer Henry Cole, and bassist Matt Penman (filling in for Austrian-born Hans Glawischnig, an original member of the band).

In many ways the new album is Zenón’s most personal Puerto Rican project yet, as he grew up listening to recordings by Ismael Rivera (1931–1987), an almost mythic composer and singer who lived in a neighborhood near the altoist’s home. A rhythmic innovator and masterly improviser, Rivera is still revered across a broad swath of Latin America, and his recordings continue to draw couples onto the dance floor. Five years after Rivera’s death, the queen of salsa herself, Celia Cruz, recorded an album in tribute to him.

“He’s before my time, but he’s one of those people whose music was always around when I was growing up,” Zenón says. “I remember not only his music, but how people told stories about him as this larger than life personality. He’s from a neighborhood close to where I grew up, and some of my neighbors knew him personally. It’s hard to put into words the way he’s present in everyday culture. He was this persona like Elvis or Michael Jackson, but very much a man of the people whose struggles were well known.”

Drawing on hits from throughout Rivera’s career, Zenón created instrumental arrangements, often inspired directly from specific recordings. Possessing a tone that’s round and radiant in every register, he evokes the salsero’s revolutionary rhythmic agility and improvisational flourishes with his horn. Rather than shying away from the inherently tricky task of reimagining beloved recordings, Zenón follows the lyrical contours of beloved songs without being imprisoned by them.

For New Zealand-born Matt Penman, who spent more than a decade playing with Zenón in the SFJAZZ Collective, tackling the Rivera material has been a steep but welcome challenge. He toured with the quartet in Europe last month and came to the new book with fresh ears and no preconceptions.

“I’m not a salsa guy,” Penman says. “When you’re born in New Zealand they instantly pin your hips straight down, probably so you can play rugby later. But before going to Europe with Miguel I delved into the original material. It’s so cool. Here’s this guy who’s jumping into the Cuban tradition but with this Puerto Rican accent that sounds like percussion. The rhythm is so on point, so strong and precise and playful, you can see why he’s the favorite of anyone who’s dancing.”

While Zenón musical output has been utterly singular, his experience excavating his musical roots after leaving home is a common trope on a New York scene where he’s part of an ongoing wave of Latin American musicians who’ve erased distinctions between straight-ahead and Latin jazz. Caribbean rhythms were part of jazz’s formative formula in the years before World War I, but it was Dizzy Gillespie’s epochal collaboration with Cuban conguero Chano Pozo in the late 1940s that sparked Latin jazz’s Big Bang. Even after the cold war severed regular communication between New York and Havana in the early 1960s Cuban rhythms defined Latin jazz, though in New York the players were just as likely to be Puerto Rican or Nuyorican (Brazilian jazz is a world unto itself).

Zenón is hardly the first jazz artist to foreground Puerto Rican rhythms. In the Bay Area, percussionist John Santos has spent decades calling attention to the island’s masters while drawing on Puerto Rican traditions like bomba, a powerful music, dance and percussion practice directed linked to West Africa, and plena, a 20th-century call-and-response song form often devoted to topical themes. Current SFJAZZ Collective saxophonist David Sanchez, who first presented Zenón to the Bay Area as a member of his band, has also composed and recorded many tunes employing folkloric Puerto Rican grooves. But no other jazz musician has approached Puerto Rican music with Zenón’s sustained intensity.

“I’ve done this in various ways over the years and it seems to me the more I do it, it gets a little clearer,” he says. “I find myself wanting to know more. You get closer to the source of information, a door opens up, and you want to take that road too.”

Introducing new audiences to Puerto Rico’s cultural riches is one of Zenón’s primary goals. The fact that the island has been beset by a string of disasters in recent years, from hurricanes and corruption to presidential neglect and political upheaval, has increased the urgency of his mission. The territory’s oddly indeterminate status as a colonial holdover from the Spanish-American War of 1898, with Puerto Ricans holding United States citizenship but denied the vote in presidential elections, has come to the fore as Washington seems uninterested in rebuilding the island’s infrastructure.

“The way things are now is pushing the country backwards,” Zenón says. “But there are so many things that are a testament to the people’s resilience. This identity was built in adversity, part of which comes from being in limbo for so long.”

On faculty at the New England Conservatory and the Manhattan School of Music, Zenón is a dedicated educator who’s also spearheaded a program bringing free concerts into rural parts of Puerto Rico, a program that’s starting to get back on track after Hurricanes Irma, Maria, and Dorian.

As a composer, he continues to take on new commissions, including the SFJAZZ-produced project Golden City Suite inspired by the experiences of immigrants to the Bay Area. He’s already conducted some 50 interviews for the suite, which premieres at the SFJAZZ Center on May 7–8, 2020. Unlike his investigation of Puerto Rican identity in the diaspora, Identities are Changeable, he’s not planning on incorporating recorded interviews in the piece.

“I’m using interviews as inspiration,” he says. “We hired a stage person to do some production elements that go with the music, but that’s pretty low key. The instrumentation includes a rhythm section, guitar, and three trombones, a sound I really like. The relationship with SFJAZZ has been so important to me, and I’m so happy to keep that going.” 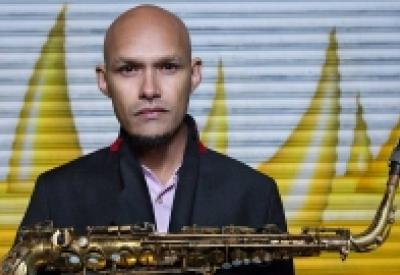 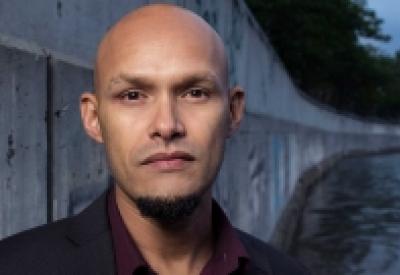 The fearless jazz guitarist celebrates a new recording with a hot combo featuring the charango.