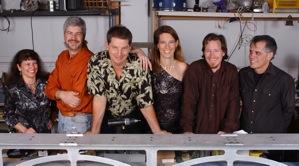 Where in the World Is Dmitri? Ask Pablo

If I had heard it on the car radio, midstream, I would have guessed with some certainty either the Leningrad or the Berlin philharmonic.

This was a Shostakovich Symphony No. 12 — a sloppy piece of music — performed here with intense power and visceral impact, not simply one ffff after another. It came from none of the metropolitan apexes of musical brilliance, but from the great orchestra of a small city at the edge of the prairie.

Yes, it was the San Francisco Symphony in action Friday night, led by the enormously talented 33-year-old Pablo Heras-Casado (looking a decade younger than his chronological age).

The “Warsaw March,” usually an epitome of bombast, came across with irresistible force; the guns of the “Aurora” resounded mightily; the funeral march turned into an ecstatic celebration, no matter that it was meant to be the apotheosis of Lenin. The orchestra was rock solid throughout: strings working in white heat, brass reaching to the heavens, bassoonist Stephen Paulson's difficult solo daringly holding the spotlight against the full orchestra, David Herbert and the rest of the timpani thundering away.

Conductor and orchestra coalesced in making a work sound much, much better than it actually is. Paul Serotsky's assessment still stands:

When the Twelfth Symphony was first heard at the 1962 Edinburgh Festival, the critics were appalled at this crude piece of blatant, poster-painted Soviet propaganda. After all, that was exactly what it sounded like, lacking even the one redeeming feature of the much-maligned Second Symphony, that extraordinary, undisciplined crucible in which Shostakovich forged his mature style. The Second was seen as experimental, the Twelfth seemed merely excremental.

And yet, in the right hands, the power came through the surface rodomontade. If I didn't just witness Heras-Casado's exquisite interpretation of György Kurtág's "Grabstein für Stephan" (a nine-minute universe
encompassing the simplest and most complex music imaginable), I would have classified Heras-Casado as a conductor of "big music," especially after the Liszt Piano Concerto No. 1 earlier the same night, something even more bombastic than the Shostakovich in a poor performance.

But Heras-Casado is the real deal. With the young Simon Rattle's curly hair, searing intensity, benign smile, and clear communication with the orchestra (think the opposite of Gergiev), Granada-born Heras-Casado is truly a conductor beyond convenient pigeonholes, with an enormous repertoire.

With SFS, his Mendelssohn (Fingal's Cave), Liszt, Kurtág, and Shostakovich were all authentic and composer-specific, not of the one-sound-fits-all variety. This is not a fault, in my pro-Solti opinion, for Heras-Casado tends to stretch phrases slightly, and emphasizes contrasts, but, time and again, he produces a sound that is simply "the right one."

All the baby pianists and violinists are old news, but this new generation of young conductors is amazing: Dudamel, Nelsons, Nezet-Seguin, Prior, Harding, Gaffigan, the Petrenkos (Vasily and Kirill), Kuerti, Lewis, Abdullah, Gasin, Francis, Leontiev, Skryleva ... and now, discovering Heras-Casado here, almost a decade after his triumphs in Europe. The next decade is sure to be another golden age of conductors.

Sandwiched in among the names of young conductors above is James Gaffigan, 31, former associate conductor with the San Francisco Symphony, and well on his way to the bright future his fans here have long predicted.

Increasingly active as an opera conductor, Gaffigan conducts The Marriage of Figaro at the Houston Opera. Last summer, he conducted Don Giovanni at the Aspen Music Festival and also led a production of Falstaff for Glyndebourne-on-Tour. He returned to the Glyndebourne Festival this summer to share a production of Così fan tutte with the late Charles Mackerras as well as to Aspen to lead performances of The Marriage of Figaro.

Baltica The Sunday appearance of Gidon Kremer's Kremerata Baltica at Cal Performances was a rare musical event, featuring everything you'd want from a concert: an ensemble of heart and precision; a rich, varied program of meaningful and fascinating, mostly contemporary music; and a sustained atmosphere of involvement and communion.

The great violinist's fellow Latvians, plus a number of Lithuanians and Estonians, make up the 13-year-old orchestra of 25 musicians. The average age is 27, and half the ensemble consists of students.

It's hard to describe the combination of excitement and gravitas from the program-opening work, Lithuanian composer Raminta Šerkšnyte's 1998 De Profundis — the title for the Kremerata's new CD, as well.

Played by the ensemble to perfection without conductor, this is an intense, colorful journey through an tempestuous landscape. Šerkšnyte's work, the CD, and the concert all focus on persecuted people, who refuse to be silenced, in particular the imprisoned Russian entrepreneur Mikhail Kodorovsky.

After a single work, which took up the second half of the concert — Kremer's and Victor Kissine's string orchestra version of Beethoven's String Quartet No. 14, Op. 131 — the generous Kremerata gave two encores: Piazzolla's Michelangelo 70 and Ernst Toch's 1930 Geographic Fugue, a contrapuntal piece for spoken chorus, with the original text having been altered by Kremerata.

This was an amazing, wonderful concert. Next time the Kremerata is in the neighborhood, do not miss it.

The Cost of Touring

Great as it is to have visiting conductors and orchestras, it takes a lot of doing to make touring happen. Logistics of international travel for artists have never been easy. Besides complex scheduling, and high fees, there’s also the matter of special American visas for artists, called the I-129 Petition for Nonimmigrant Worker. It's a lot of bureaucratic claptrap, and prices are going up.

While the regular I-129 is increasing only slightly, to $325 (multiplied by the number of musicians in a touring orchestra), the normally slow processing — which often results in major headache or outright cancellation — necessitates the I-907 "premium processing." And that is going up, from $1,000 to $1,225.

Another Touring Item: Ragazzi to Cuba

Palo Alto's famed Ragazzi Boys Chorus is heading to Cuba for its 2011 international tour. "Teeming with phenomenal vocal artists and professional ensembles," says the announcement, "Havana promises an elevating cultural experience as well as a chance for the boys to meet with Cuban choristers of all ages."

The well-traveled chorus has toured throughout the U.S. and to numerous international locations.

Cuba offers all of what Ragazzi desires in a tour destination, according to Artistic Director Joyce Keil. After spending next spring in preparations, the boys leave for Cuba in June.

Before that, however, Ragazzi will offer the holiday concert series Ring Out, Bells!, with the Sonos Handbell Ensemble, Dec. 4-12, at various Peninsula and San Francisco venues.

"[email protected]: Friday Nights @ BAM/PFA" — translated: “Late Friday Nights at Berkeley Art Museum/Pacific Film Archive” — is a series of events running from classical to experimental, from dance to video to performance art and more. Many of the programs have to do with the museum's major fall exhibitions: Flowers of the Four Seasons: Ten Centuries of Art from the Clark Center for Japanese Art and Culture and Radical Light: Alternative Film and Video in the San Francisco Bay Area, 1945–2000.

The Nov. 5 concert is curated by prominent new-music advocate Sarah Cahill, who continues to focus on American experimental music. She is programming the concert whose highlight is a performance of Morton Feldman's Rothko Chapel, composed for the Houston interfaith sanctuary containing paintings by Mark Rothko. The work serves as a centerpiece to a collaboration between the UC Berkeley Chamber Chorus (directed by Marika Kuzma) and the Abel-Steinberg-Winant Trio (David Abel, violin; Julie Steinberg, piano; and William Winant, percussion).

The artists will also perform Robert Ashley's She Was a Visitor. On Dec. 3, Cahill welcomes the choral group Pacific Mozart Ensemble (PME), with repertory ranging from Brahms to Brubeck to the Beach Boys.

Directed by Lynne Morrow, PME will perform Bay Area premieres of newly commissioned works by Amy X Neuberg and Sanford Dole, as well as music by Meredith Monk. Neuberg's piece is a multivoice composition inspired by the theme of birth and renewal, while Dole offers a reflection on Gabrieli’s motet Vox Domini, which PME will also perform.

California Film Institute and San Francisco Opera are set present a new series of operas recorded in 2008 and 2009 in the War Memorial Opera House.

The schedule at the Smith Rafael Film Center calls for Thursday evening and Saturday morning screenings, as follows:

Congress is examining whether to bring sound recordings made prior to 1972 under federal jurisdiction. As of now, they are not covered by federal copyright law, only by state or other local laws.

It a change is made, virtually all sound recordings made before 1972 will be under copyright in the U.S. until the year 2067. Retroactively putting these sound recordings under federal law would mean the same length of copyright as is in effect for other works: 75 years for individuals, and 95 years for corporate entities.

The passing of ex post facto copyright extensions is repugnant to the original intent of copyright and ought to be ignored.

Despite lots of civil complaints and industry threats, file sharing continues unabated. I project file-sharing increase in U.S. In the next few years, due to slower economy, increasingly young people and their parents will become essentially insolvent, meaning they are judgment-proof to civil actions. The reality is even when copyright holders get a judgment (they certainly won't be getting nearly as many out-of-court settlements) they will probably not be able to collect and their legal fees [will be] wasted.

Congress may pass any law it wishes but like Prohibition can it make them stick?

On its first U.S. tour, France's Ensemble Zellig will appear in Hertz Hall on Nov. 7, with a program including four West Coast premieres.

A Sightlines pre-performance talk, at 2 p.m., will have UC Berkeley Professor of Music Edmund Campion discuss Auditory Fiction, his work commissioned by Ensemble Zellig for its North American tour.

James Conlon's now-discontinued Recovered Voices Series at the Los Angeles Opera is currently available on DVD and Blu-ray by Naxos, including a double bill of Alexander Zemlinsky's Der Zwerg (The Dwarf) and Viktor Ullmann's Der zerbrochene Krug (The Broken Jug). Walter Braunfels' Die Vögel (The Birds) will be released on Nov. 16.

Conlon has long been interested in reviving the music of composers whose lives were affected and whose music was banned by the Third Reich between 1933 and 1945. When he became music director in Los Angeles, he started presenting a series of these works.

Opera San José General Manager Larry Hancock is assuming the duties of acting general director while Irene Dalis is recovering from a car accident. Board President Laurie Warner says Dalis is "comfortable and making good progress," but she "needs to concentrate on getting better and not the day-to-day operations of the company."

A founding member of the Opera San José staff, Hancock is general manager and director of production for the company. He has held numerous positions with Opera San José, including director of marketing and development, and artistic administrator.

As an instructor, he has taught voice, music appreciation, and music theory and has conducted chamber voice ensembles. He was a choral conductor in the Roman Catholic Diocese of San José for 24 years.

Dresher and New Music, as Always

Pennycook's For Z, composed for the full ensemble and guitar, is an homage to jazz composer and pianist Joe Zawinul and his groundbreaking group, Weather Report.

Brown's Gangbusters is a single-movement piece, taking its inspiration from the world of early cinema and, in particular, films depicting cops "pounding down the doors of crime dens."

Dresher and percussionist Joel Davel perform Dresher's composition for the Hurdy Grande, a giant motorized hurdy-gurdy; and the 2006 Glimpsed From Afar, a work for two invented instruments, the Quadrachord and the Marimba Lumina, "a dynamically sensitive electronic mallet controller modeled somewhat after its acoustic namesake," designed by synthesizer pioneer Don Buchla.