Ever since Miles Davis embraced the idea of a fusion of jazz and other genres 40 years ago, the jazz arena has been a wide-open space for invention and reinvention. As musical boundaries continue to be made irrelevant, it seems absolutely right for Davis’ classic, transgressive album to be revisited amid the splendors it has wrought. Here are five jazz and five world music acts slated for fall performances hereabouts that even a fogey would have trouble resisting.

One of the most creative and gifted young musicians playing today is Esperanza Spalding. Her voice is singular, and as a bassist, composer, and singer, her musical scope is wide. She fuses mainstream jazz with Afro-Brazilian, funk, soul, and hip-hop. If you’re looking for something predictable, she isn’t for you. But if you’re open to all the possibilities, Spalding’s October performance at Davies Symphony Hall are a must-see.

Chick Corea assumes the stage at Yoshi’s Oakland with bassist Christian McBride and drummer Brian Blade. The three musicians — each renowned as a high-caliber soloist — formed the rhythmic backbone of the electric/fusion-laced Five Peace Band on its tour of Asia and America in 2009, which also featured John McLaughlin, Kenny Garrett, and Vinnie Colaiuta. Picking up on the musical dialogues established last year, the trio will continue their adventurous and high-octane interactions. 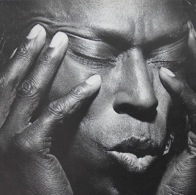 Miles Davis’ 1970 album Bitches Brew was as much a paradigm-shift in American music as it was a controversy. Its daring, blaring, and hypnotic jazz, rock, and funk infusion refuted the distinctions between genres and engaged the interest of the next generation of jazz musicians. Cornetist Graham Haynes (son of legendary drummer Roy Haynes), and keyboardist Marco Benevento co-lead a heavy-hitting ensemble that features Antoine Roney on reeds, James Blood Ulmer on guitar, Cindy Blackman on drums, and DJ Logic on turntables. If Davis’ album offered a fresh (and, to some, an upsetting and uninvited) perspective 40 years ago, this “revisit” promises to not only reexamine that landmark but also make a prescient musical statement of its own.

José James is a soulful young musician with a rich, lush, baritone voice whose original music is a mélange of jazz, soul music, hip-hop, and drum and bass. Based in the U.K., where he released his first album, The Dreamer, to wide acclaim in 2008, James has recorded two albums since. The latest is a series of duets with the Belgian piano phenom Jef Neve, titled For All We Know. Coming to San Francisco after a tour of Western Europe and a tribute to Billy Strayhorn at Jazz @ Lincoln Center in New York, James and Neve will perform at the Gould Theatre, Legion of Honor, in what will likely be an enchanting evening of sentimental ballads, refined standards, and, no doubt, a few unexpected surprises.

The 2009 Readers Poll in the venerable jazz magazine DownBeat placed bassist Christian McBride at the top of the list. McBride is a formidable, charismatic, and inventive musician, and Stanford University will host him and his acclaimed acoustic ensemble, Inside Straight, featuring alto and soprano saxophonist Steve Wilson, vibist Warren Wolf Jr., pianist Eric Reed, and drummer Carl Allen, in November at Dinkelspiel Auditorium. As the ensemble’s name suggests, this group gets deep into the groove of straight-ahead jazz, swingin’ and makin’ funky what might be made bland and boring in other, less-creative hands. As The New York Times wrote in a review of the group’s 2007 debut performance at the Village Vanguard: “When the bassist Christian McBride feels good about a groove, he savors it, exults in it. Flashing a million-watt smile, he tosses off frolicsome micro-elaborations. … Watching his sidemen respond to him, you’re almost tempted to pose a question: Why doesn’t every jazz combo seem to be having such a good time?”

What Robert Johnson or Bessie Smith are to the blues, Septeto Nacional are to the son (a Cuban folk genre that emerged from the island’s Afro-Cuban population). Formed in 1927 by Ignacio Piñeiro, a renowned singer and master of Afro-Cuban music and ritual, Septeto Nacional came to serve as the model for groups forming in New York City and Puerto Rico — the music now commonly referred to as salsa. But their influence can also be heard in the classic Afro-Cuban music to emerge from Havana in the 1940s and ’50s, as well as in the jazz of Mario Bauzá and Machito and Tito Puente.

Olodum is an Afro-Brazilian Carnival troupe from Bahia, Brazil. They take their name from the Yoruban deity Olodumaré, a sacred figure in the syncretic religion Candomblé practiced throughout Brazil. In Brazil, as in Cuba, Haiti, and New Orleans, Catholicism is often practiced side-by-side with African religions — a tradition that slaves established in the colonial period.

Olodum was founded in 1979 as an association to promote black pride and African and Afro-Brazilian music and art, and has, since its founding, performed with the likes of Michael Jackson and Spike Lee, Paul Simon (on Rhythm of the Saints), Herbie Hancock, and Wayne Shorter, to name a few, and has recorded over 20 albums. Holding to traditional carnival instrumentation — voices, a menagerie of drums and percussion, and horns — Olodum is a tour de force of rich, beautiful melodies and electrifying rhythms. This performance will be just as much for the spirit as it is for the eyes and ears.

Vocalist Shubha Mudgal is a crossover artist. Trained in Hindustani classical music, she mixes that with popular Indian songs, modern club and film music, and South Asian folk and sacred forms. Her huge repertoire is one of the secrets to her success in concert. She is an active proponent of contemporary Indian music as an online columnist and blogger, and she runs her own online music label, Underscore Records, to promote and distribute the work of her peers. She’s a force to be reckoned with, as these concerts will surely show.

Çudamani (pronounced “SOOD-a-mani”) isn’t solely a tuned percussion orchestra, it’s also a dance troupe, 24-strong. Their latest, full-length production, “Bamboo to Bronze,” is a portrayal of the entire culture of Bali, an imaginative synthesis of the traditional and the new. The show will also come to Stanford Lively Arts on Nov. 7.

Buika’s voice is merely one part of a truly distinctive singer and performer. Buika’s family hails from Equatorial Guinean (in Central Africa), but Buika grew up in Spain as the only person of immediate African descent among the Spanish Romani people learning flamenco and, simultaneously, absorbing Afro-Cuban music, jazz, and soul. She is internationally renowned as the “Flamenco Queen,” whose 2007 single Mi Niña Lola has won numerous awards and still receives international airplay.