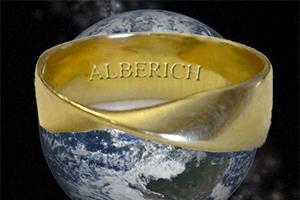 The Ring on Record: The Pure Gold Winners

Ask 10 music lovers about performances of Wagner's Ring of the Nibelung, and you'll get 20 opinions. Now ask about favorite recordings of the Ring, and the number of warring responses will double or triple.

And so, when asked for an article about Ring recordings, I "went wide," with an impromptu survey of friends among Classical Voice readers, knowing that all I have to do is ask. Responses ranged from the involved/passionate to the casual, but all interesting.

Of course, it's not the end of this hot topic (in the context of the approaching San Francisco Opera cycles), only the beginning. You are welcome to add a comment below. 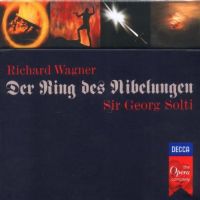 The impact of this project was such that documentaries sprang up about the making of it, including the Golden Ring, and recording producer John Culshaw's book, Ring Resounding.

Perhaps the best way to experience the "Solti Ring," especially for Wagner newbies, is through the wondrous Ring Disc. This is an amazing technological achievement: the entire Ring of the (unnamed) Solti performance, along with the score, German and English text all scrolling together on the computer screen automatically, and a wealth of explanations and cross-references. All of this fits on a CD-ROM (700 MB capacity) because it was made before widespread introduction of DVDs (4.7 GB capacity, or five to six times that of a CD); the super-compressed sound is pretty good. For PCs only.

In any case, the Solti Ring is the clear first choice for complete recordings, as you will see in the following responses. That it has maintained this status for almost 50 years is nothing short of extraordinary.

My desert island Ring recording would have to be the Decca Solti, produced with the participation of one of my predecessors at San Francisco Opera, Terry McEwen. What a magnificent cast, led by Nilsson, Hotter and Windgassen. Berit Lindholm and Helga Dernesch as Valkyries — wow! The Levine DGG set features my favorite all-round Brünnhilde, Hildegard Behrens, who performed the role here in San Francisco in 1990.

The Pierre Boulez-Bayreuth Festival recording on Philips captured the greatest Volsung twins of my experience, Peter Hofmann and Jeannine Altmeyer, whom San Franciscans enjoyed in the fabulous Lehnhoff/DeWaart/McEwen 1985 production. The Herbert von Karajan's DG set featured my all-time favorite Wotan, Thomas Stewart. What a mensch! And then there's Anna Russell ... 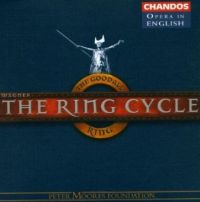 I'm fond of far too many Ring recordings to choose a single favorite. There are the great standards: Hans Knappertsbusch-Bayreuth, 1956; the Solti-Vienna recording; Wilhelm Furtwängler with either the RAI (Italian Radio) or Milan's La Scala Theater; Clemens Krauss-Bayreuth, 1953.

A personal favorite is Reginald Goodall's magnificent/eccentric cycle, recorded live in the 1970s. It features outstanding vocal performances from Rita Hunter, Alberto Remedios, and Norman Bailey. Because it's in English, this recording has far more immediacy for Anglophone listeners than those in the original German.

I rather like Marek Janowski's Ring, the first digitally recorded cycle, made between 1980 and 1983 as well. Marred by Theo Adam's poorly sung Wotan, it nonetheless has superb work from Jeannine Altmeyer, Jessye Norman, Siegfried Jerusalem, Kurt Moll, and many others, as well as great sound and a great orchestra.

For many of the pre-war greats, there's the so-called "Potted Ring" on HMV — extensive excerpts recorded between 1927 and 1932, with three conductors, in two locations (London and Berlin), and singers such as Frieda Leider, Florence Austral, Lauritz Melchior, Walter Widdop, etc.

There is also Artur Bodanzsky's heavily cut Met cycle from the 30s, but particularly Götterdämmerung, featuring Melchior in his only known live recording of the work.

I am not a Wagnerian, but sometimes I've been swept away by great live performances of his operas. I can't imagine sitting around at home listening to recordings of those operas, though some friends with great musical taste do.

There was one recording of Das Rheingold, conducted by Reginald Goodall and sung in English, and it was sensationally good. [See above.] The descent into the realm of the Nibelungen with the anvils clanking away is so perfect that the scene has been a disappointment live ever since.

For me, it's the Solti/Decca gang of 1958-66. One can argue forever about conductors and orchestras (although Sir Georg and the Vienna Philharmonic were good enough for me), but where else can you get both Flagstad and Nilsson, plus Hotter, Svanholm, Windgassen, Crespin, King, London, Dernesch, Fassbaender, Fischer-Dieskau, Gwyneth Jones, Frick, Ludwig, Niedlinger — and a Woodbird named Sutherland?! Two generations of great Wagnerian singers in one album. 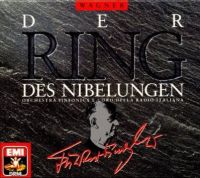 Probably one of the old Bayreuth live performances, with Astrid Varnay conducted by Joseph Keilberth, or the Furtwängler-RAI recording.

I opt for the Keilberth-conducted Ring from Bayreuth in the 1950s on the Testament label. For audio only, you must have a winning combination of singers, conducting, and sound and this has all three. The singing team was THE best ever assembled for the Ring, all at the height of their powers. Keilberth was a theater man to his fingertips and he can lay the drama out in the music like no one else. These recordings were done live on the night, no retakes, no patching, no editing by a Decca team, which was using stereo for the first time, and it sounds real. You could be there.

For DVD, I prefer the Copenhagen Ring on Decca, directed by Kasper Bech Holten and conducted by Michael Schonwandt. On a DVD, directing, acting, costumes, design all must be at least equal to musical values. Also a stage production must knock your socks off and, being on DVD, must do it over and over again. Don't go for safety, don't go for "tradition," go for impact. This one is brave, bold, novel, and moving all at the same time. Like the Ring was always meant to be — stunning. Here is my full exploration of the topic. 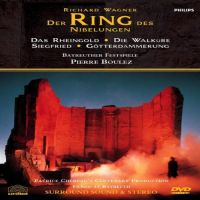 My favorite remains the Pierre Boulez/Patrice Chéreau video from Bayreuth. I also own the Levine-Met video, but don't watch it as often — perhaps it's the casting, since I really like Gwyneth Jones's Brünnhilde, and most of the rest of Boulez's cast, and don't enjoy Hildegard Behrens' singing and acting as much. But I don't own any later videos with some of the more recent and quite marvelous singers such as Waltrud Meier, etc.

When it comes to audio recordings I enjoy parts of many different ones — Karajan, Solti, Goodall all have their strong points, but I haven't heard a wide range as many of your operaphile friends have. I just watched the re-released video of Tony Palmer's documentary The Wagner Family, which has put me off Wagner for a while, though wishing I could see a video of a complete Wieland Wagner minimalist Ring; the few scenes apparently still extant seem quite wonderful. 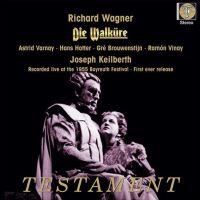 I like the Keilberth-Bayreuth recording on Testament because it was a hidden treasure for so many years. It's not a studio recording, so it has that lively quality. I think it was a closed rehearsal, and not a "live, live" recording. Varnay has that Old World sound. Hotter, in his mid-40s, sounds fresh.

Solti-Vienna Philharmonic Conducting that's exciting but precise, superlative orchestral playing, 50-year-old engineering that still sounds state of the art, a cast that allows for some preferred alternatives but has no clear-cut "betters."

James Levine-Metropolitan Opera: Masterful conducting, superb orchestral playing and engineering, a cast that has strengths and weaknesses, but always manage to outdo themselves and therefore greater than the sum of its parts.

Furtwängler-La Scala: Majestic and expansive conducting that maintains extraordinary cohesiveness and continuity of line, overall good cast with superlative Brünnhilde (Flagstad), decent orchestral playing, sound that varies strikingly according to which remastering you get.

Karajan-Berlin Philharmonic: Mesmerizingly beautiful orchestral playing, musically beautiful and sensitive singing, but performers and engineering never seem to quite deliver when it comes to the big moments.

Boulez-Bayreuth: Swift and gripping conducting, good playing, hit or miss singing from a cast that generally looked better than they sounded.