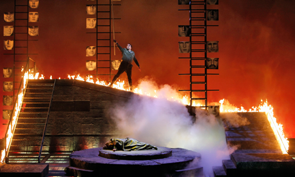 Der Ring des Nibelungen (The Nibelung’s ring) is not your ordinary opera.

The vast number of intriguing (and repelling) themes and characters in Richard Wagner’s four-opera, 16-hour work has helped the Ring cycle maintain its stellar appeal to audiences around the globe since its premiere in 1876.

“It’s one of the truly monumental achievements in the arts. It is the Mount Everest compared to the StairMaster of the ordinary opera,” says Kip Cranna, the San Francisco Opera’s director of music administration.

Cranna says one of the reasons the opera still has such a hold on people today — besides the The Ring’s incomparable scope and music — is that its characters are “so vividly human, even though some are gods, dwarfs, giants. It’s really all about us. We see ourselves in these characters.”

It took Wagner more than 27 years to write these “music dramas,” as he called them. But for Wagner fans, trying to understand the myriad aspects of the Ring cycle can take a lifetime.

“There’s always something new to learn in The Ring, some new way of seeing something. That’s one of the things that’s so wonderful about it,” raves Verna Parino, a 94-year-old Wagner fan who has seen a whopping 58 Ring cycles around the world. (See Artist Spotlight.)

Fortunately, help is here for anyone wanting to gain a little more insight into The Ring before San Francisco Opera’s upcoming Ring performances this summer. The list of Ring-oriented events at popular venues throughout the Bay Area is rich and diverse, incorporating everything from more traditional discussions of the music to explorations of The Ring’s Buddhist influences, plus a three-part series looking at the design behind more than 130 years of Ring performances.

In a California Academy of Sciences event called “Environmental Awareness: Science and Wagner’s Ring,” panelists will examine The Ring’s environmental messages and what they mean today. 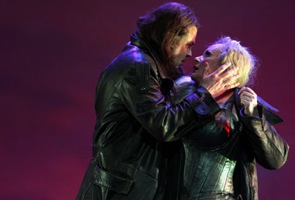 “The stories that Wagner told us in The Ring — about the human relationship with nature, the loss of wilderness and natural beauty, and how that loss fundamentally diminishes the human experience — are just as relevant today as they were back in the Industrial Revolution,” says Carol Tang, a research associate at the Academy, and director of the Coalition for Science After School.

“As a scientist and an educator, I hope that this understanding of the environmental concerns expressed in The Ring will still move opera listeners today. I hope the audience will contemplate our natural world, and they’ll be inspired to join a new environmental movement where we are not just concerned with human health and egregious environmental disasters, but one which moves us to reconsider our place in the world and to reclaim our role as being a part of nature, not separate,” Tang says. 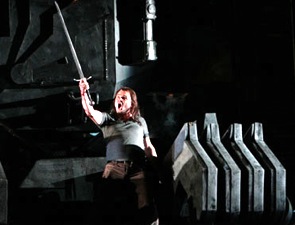 At least a couple of the ancillary events will look at Wagner himself — warts and all. A program at the Jewish Community Center of San Francisco, “Wagner Through a Jewish Lens,” will feature a panel discussion of Wagner’s renowned anti-Semitism. (To this day, Israel bans public performances of his operas.) One of the issues speakers will address is whether one can hate the artist but love the art.

“[Wagner] believed in some nasty and hateful ideologies about Jews that had influence over others, especially Hitler, in a seismic way,” says Stephanie Singer, manager of lectures and special programs at the JCCSF. “For some members of our community, Wagner will always and forever be inextricably linked to anti-Semitism and the Holocaust.”

Judging by sellout crowds for the upcoming San Francisco production, approval of the composer is not necessarily a prerequisite for attending his works. And Wagner probably wasn’t an easy man to like. By most accounts, he was an arrogant, eccentric, womanizing mooch.

“Wagner was a very strange man. I certainly would not like to live with him,” says Parino, former president and founding member of the Wagner Society of Northern California.

But that’s not stopping her, or millions of others (some of whom aren’t normally opera lovers), from being ardent fans. Even the late Jerry Garcia, of The Grateful Dead, once cancelled a concert so he could see a Ring production.

“There’s just something about The Ring,” says Cranna.

“Going to a Ring is something you get completely drawn up in,” he remarks. “You become so emotionally connected to these characters and what happens to them. When it’s all over, you feel you’ve experienced something you’ll never forget. It’s an amazing signpost in your life.”