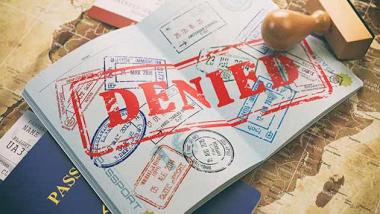 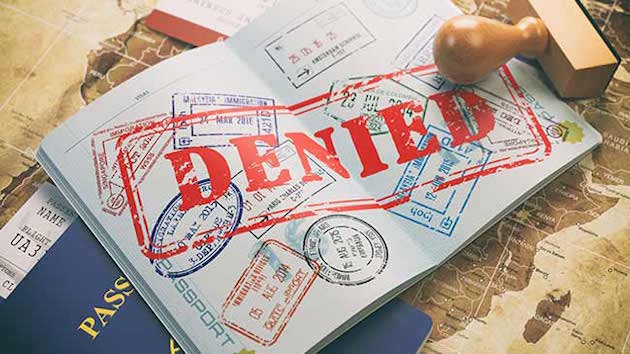 The San Francisco International Arts Festival (SFIAF) opened on Thursday at the Fort Mason Center and runs for a week. The annual festival began in 2002 and is one of the smallest festivals of its kind in America, with a budget of about $200,000. This year’s lineup originally included 30 performances, but at the last minute two companies were denied visas. The festival organizer, Andrew Wood, claims this is the “malevolent” spirit of President Trump’s administration at work. 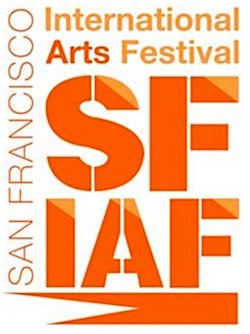 The two companies denied were the Compagnie Virginie Bruxelle, a modern dance group based in Montreal, Canada, and Collective Ma’louba, a Syrian theater company recently based in Germany. Compagnie Bruxelle was to have performed the U.S. premiere of Complexe des genres (2012), and Collective Ma’louba was scheduled for Your Love Is Fire, a playwright’s reporting of his experience of the Syrian civil war.

The reasons for the denials by U.S. Citizenship and Immigration Services (USCIS) are not entirely clear, although in the case of Ma’louba not surprising. What was odd was that the petition from the group was initially approved, but when members went to the U.S. Consulate in Paris to pick up their documents, they were told their visa requests had been declined. No explanation given.

As for Compagnie Virginie Bruxelle, the group went through the customary dialogue with immigration officials and finally were told, in a six-page letter, that despite excellent reviews and two prizes that they were not internationally recognized, which was to say it had not demonstrated a big enough international profile and had not performed in large enough venues. The company has performed on every continent and has never been refused visas before. This was to be its first performance in the U.S. and, ironically, it was the biggest name on the SFIAF program.

According to officials, the group had also not demonstrated the need for bringing particular dancers, despite extensive CVs, a list of shows, programs, program notes, and reviews, which had been translated into English, along with proof that the translations were accurate. The Canadian party included six dancers, the choreographer, Virginie Bruxelle, and Sylvie Lavoie, the administrative director of the company. The request was for a three-week stay.

“I suppose our file just ended up on the wrong desk,” Lavoie told us by phone on Wednesday, pointing out that the company was not taking up American jobs and would be bringing some money to local hotels and restaurants. The problem, she added, was that payments for airplane tickets and hotels couldn’t be recovered. “We lost about $8,000, money that won’t be reimbursed. Conceivably, some grant money may also need to be returned. Naturally, we had to cancel all the contracts with dancers; we don’t hire on a yearly basis. Some people had turned down invitations from other choreographers to do this. Everybody loses.”

Andrew Wood has been following Collective Ma’louba since 2017 (and Compagnie Virginia Bruxelle since 2012), but unitl just a few months ago had been unable to secure mutually available performance dates. When an agreement was reached he thought there would be a struggle with the Syrian group but not like the one he finally faced. SFIAF had never been denied a visa since it started 16 years ago.

“Because these were people on Syrian passports,” noted Wood earlier this week, “we expected a battle for them, but we thought that would come before the approval, and so we’d contacted Nancy Pelosi’s office and gathered letters of support. But that was the strange thing: the applications just sailed through.”

One of the particularly grueling parts of the visa petition process is the USCIS use of Requests for Evidence (RFEs), which are used to gather more information from applicants before a decision is made. Filling out the form sometimes runs to hundreds of pages. But in the case of Collective Ma’louba there was no RFE request.

“We think it was a trap,” says Wood. “They let it through initially because they knew they were going to reject it in the end.”

Wood adds “The president sets the tone and when he shows restraint then people on the front lines show restraint, but when the president says ‘attack them’, they attack them.  There’s no such thing as restraint anymore.  Bureaucrats are allowed to act out any way they want.”

Wood goes so far as to say the problem of visa denials for presenting organizations is “an industry-wide crisis.” There’s no data to support that it’s a crisis, although in the last two years the percentage of approvals has declined. Moreover, while there are a growing number of anecdotes, those are often difficult to verify.

“Our industry is invisible when it comes to politics,” says Wood. “We’re caught in a system where what we’re doing isn’t seen as important enough to draw the attention of policymakers.”

What’s particularly frustrating for international festival presenters is the idea of treating artists like immigrants and that they are not seen as the economic motors they are. After all, these people are not taking jobs; they’re coming for a limited amount of time and have no history of being dangerous. And when they arrive they’re put in American hotels; the technicians that build the shows are American; even the marketing materials are all printed in the U.S.

“Because our industry is so weak,” says Wood, “we can’t find anybody to help us. Part of the problem is that American artists don’t care. We are caught in a fight that has nothing to do with us.”

In an Age of Ultra-Nationalism, What Happens to Music?

How have musicians been affected by stringent border controls, and how might the arts change in response to the right’s culture war?

The Homecoming of Mohammed Fairouz

One of the country’s most accomplished young composers talks about his run-in with border-control officials, and how his art and political work feed off each other.

Music of Strangers Caught in Chaos of a Strange New World