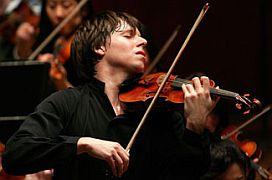 Michael Zwiebach on May 27, 2008
Every year, as May turns to June, arts communities recognize the rites of summer with festival concert series. In common with people around the globe, the good burghers of the Bay Area don sunhats and pack picnic baskets as if we were the inhabitants of Richard Wagner’s Nuremburg, descending into the meadow beyond the town walls to celebrate art with the mastersingers. At SFCV, we are always reinvigorated, because festivals, however constituted, invoke the spirit of holidays and the suspension of normal work, in favor of the broadening of community from its smaller parts. What more natural role is there for music and art (and food)? As always, we provide a quick look at the festival season ahead, guiding your steps through the dozens of possibilities. Excluded are the extensions of the regular seasons of the San Francisco Opera and Symphony, which should nevertheless spread joy among classical music fans. Festivals are presented chronologically.

The biennial festival returns, under the aegis of Cal Performances, partnering with the San Francisco Early Music Society, Early Music America, and the Department of Music at UC Berkeley. This year’s hot-ticket events include the return of Le Poème Harmonique, the group that makes a concert into a theatrical experience, complete with costumes and Baroque theatrical gesture. In Venezia delle strade ai Palazzi (Venice, from the streets to the palaces), they take you on a tour of La serenissima of the early 17th century, when the city was a center of musical innovation and artistic ferment. Meanwhile, the combined forces of five local choral groups, plus instruments, combine to perform Alessandro Striggio’s Missa sopra Ecco sì beato giorno, the largest known contrapuntal work in Western music history, recently discovered by UC Berkeley’s Davitt Moroney. And as usual, there are a host of ancillary events, including the Exhibition of instrument makers, publishers, and other members and organizations in the early music movement.

If you don’t mind a little travel for your summer pleasures, the David Robertson-directed festival in the Central Valley near Santa Barbara offers a week of contemporary music mixed with a retrospective glance to the 20th century. Steve Reich is the featured composer, and birthday boys Elliott Carter and Olivier Messiaen are celebrated, along with Edgard Vàrese, whose 125th is marked by a performance of Ionisation. Among other notable events, George Antheil’s A Jazz Symphony will be heard alongside a screening of Charlie Chaplin’s Modern Times with a live orchestra playing his score for the film.

Once again we can enjoy the S.F. Symphony and Opera outdoors. On June 29, Orli Shaham plays Rachmaninov’s Variations on a Theme by Paganini, with James Gaffigan on the podium, while the orchestra gives Tchaikovsky’s Symphony No. 4 in F Minor, Op. 36. The San Francisco Opera closes the festival with a celebration of American opera and musical theater, on August 17.

This festival is centered on an eight-week summer program for pre-professional musicians. Concerts involve students and faculty, along with a few guest artists. This year’s big deal is a performance of William Bolcom’s 2004 opera, A Wedding, based on the Robert Altman film. The Takács Quartet also drops in for a visit, performing with faculty on July 15, and on their own on July 17. Christopher Taylor does Messiaen’s complete Vingt regards again (July 9), and the Academy Orchestra, under the Philharmonia Baroque’s own Nicholas McGegan, performs Messiaen’s Un sourire, along with Mozart, Ibert, and Schumann.

The splendid American Bach Soloists bring us another edition of their new festival, full of understated elegance and intimacy, and also ultra-refined playing. The repertory of this year’s three “main events” ranges from Bach to Mendelssohn, advertising the fact that these musicians aren’t sequestered in one corner of the repertory. The “twilight serenades,” hour-long concerts in the early evening, include The Whole Noyse, playing wind and brass music from the 16th and 17th centuries; and a concert of salon music.

This is the festival for the starstruck classical music fan. It rolls out the big names — Joshua Bell, Jean-Yves Thibaudet, Andre Watts, the Rosetti String Quartet — all performing, considerately, in the early evening, so that those patrons who have done a little winetasting and arts-and-crafts hunting can take in the concert and still find their way home to the Bay Area at a reasonable hour. This year’s concerts also feature young and up-and-coming talent in free recitals, which may tempt those who don’t want to part with the festival’s $45-$125 prices.

Here’s a festival that sports an actual big-top tent. The 22nd festival, as always, adds a number of jazz and world music concerts into the mix. This year’s highlights include a performance of Mozart’s Marriage of Figaro with Brian Leerhuber (Figaro), Nicole Foland (Countess), Christine Brandes (Susanna), and Eugene Brancoveanu (Count Almaviva). Pianist Stephen Prutsman gives a concert mixing jazz and classical works, an evening is devoted to the “degenerate” musical culture of the Weimar Republic, and the festival orchestra brings the festival to a ringing close with Handel’s Music for the Royal Fireworks and Beethoven’s 9th Symphony.

This movable feast of a festival doesn’t invite you to go to the mountains, it brings the mountain to you. The two main Mozart programs include Jon Nakamatsu playing the A-Major Piano Concerto, K. 488, Nikolai Demidenko working over the C-Minor Piano Concerto, K. 491, and Laura Griffiths, principal oboist of the S.F. Ballet Orchestra, performing the Oboe Concerto, K. 271k. This year’s festival is expanded to reach San José, with a semi-staged performance of The Abduction From the Seraglio, at the California Theatre, and starring some recent Opera San José stalwarts, and a concert at Le Petit Trianon on August 2.

The impressively funded [email protected] Chamber Music Festival offers multimedia full immersion, if you want to take advantage of the lectures, “Café Conversations,” open houses, CD-based listening guides, art displays, and “Encounter” discussion centers. It is also a training program for young musicians, who merit their own series of concerts. The main concerts this year present a chronological march through the development of chamber music beginning with a survey of the Baroque period from Salamone Rossi through to J.S. Bach and ending with a program of contemporary music including a premiere of a piano trio by Kenneth Frazelle. The recital series includes the Borromeo String Quartet playing the complete Bartók string quartets; Stephen Prutsman in a program that juxtaposes preludes and fugues from The Well-Tempered Clavier with a kaleidoscopic variety of works, classical and not; and Gary Graffman in a program of left-hand piano music.

The Carmel Bach Festival packs an awful lot of music into three weeks. This year, the theme seems to be the Bach-Brahms connection. The main concerts include Bach’s B-Minor Mass, the complete Brandenburg Concertos, a concert that connects the Viennese School greats, and one that pairs Brahms’ German Requiem and Bach’s Cantata No. 21. In the chamber concerts series, Sanford Sylvan sings Schubert’s song cycle Die Winterreise, and an all-Brahms vocal evening. In addition, there are the preconcert (Twilight) concerts, and the postconcert (Candlelight) concerts. You could spend a day and hear a week’s worth of music.

Marin Alsop has her ear to the ground for composers of contemporary orchestral music, and you could do no better than to let her Cabrillo Festival programs be your guide through this particular thicket. This year, the festival brings back some longtime associates, like Christopher Rouse, whose Concerto for Orchestra, a Cabrillo Festival commission, anchors the opening night concert, on August 1. John Corigliano’s percussion concerto, Conjurer, with its original soloist, Dame Evelyn Glennie, highlights the second concert. But in addition to these, plus works by Mark-Anthony Turnage, John Adams (the Doctor Atomic Symphony), and Osvaldo Golijov, there are a number of composers represented who are in their early 30s or younger. One of them, Matthew Cmiel, is all of 19. With Mason Bates performing on electronica in his Liquid Interface, composer Michael Daugherty featured in an evening of jazz, and cellist Matt Haimovitz and Bates combining for a concert with electronic soundscapes, this year’s Cabrillo Festival embraces the huge diversity of musical possibilities present at the beginning of the 21st century.

The Napa Valley Chamber Music Festival actually takes place within the local wineries, and indulges two palates at once – the aural and gastronomic, as wine tastings occur at intermissions throughout the festival. Despite its seductive appeal, the festival retains its emphasis on locally based artists, with the FOG Trio, the Cypress Quartet, guitarist David Tanenbaum, and soprano Anja Strauss slated to appear, among others. Aaron Jay Kernis shows up as well, with four of his compositions.