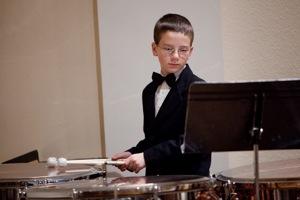 Jeff Kaliss on March 9, 2010
Restless adolescents and concerned parents alike, all around the Bay Area, have discovered that a symphony orchestra can be a great place for kids to hang out.

Take the Jordans of San Francisco. Ema, a 14-year-old eighth-grader, had been noodling around on her mother Mariko’s koto and her father Stephen’s electric bass ever since she was in elementary school. Stephen watched with pride (and a bit of envy) as his daughter developed “an amazing little touch” and moved on to acoustic bass with her Hoover Middle School orchestra. He was at first skeptical of overscheduling Ema when, tired of “just quarter notes,” she took a seat in the Golden Gate Philharmonic (GGP) in the seventh grade, after a visit to Hoover by the orchestra's founder and executive director, Joan Murray. But the advantages of a serious, advanced ensemble soon became obvious.

“One thing Ema always lacked was confidence playing with people, but she became proud of what she does,” Stephen relates. “It’s manifest, too, in the way she talks when she sees music being made. She’ll listen, and then go on the instrument and show me different ways of approaching something.” Last year, Ema began private lessons with bassist Charles Chandler, an ideal role model, for he was the first member of the San Francisco Symphony Youth Orchestra to have won a seat in the San Francisco Symphony itself (in 1992).

In the Golden Gate Philharmonic, Ema advanced rapidly through several levels to the Camerata, the highest, and she’s now prominently featured in performances of Bach’s violin concertos and Sibelius’ Finlandia. “At GGP, we actually have melodies for basses; the music is challenging,” Ema testifies. She’ll be heard as part of a chamber music recital, drawn from the GGP, at Lakeside Presbyterian Church on April 25, and in the full orchestra’s concert on May 10 at the School of the Arts (SOTA, to which she’s been accepted as a freshman for next fall).

Ema’s current Hoover and possible future SOTA schoolmate, 14-year-old Leo Page-Blau, had joined her in the GGP, but left it for the Oakland Youth Orchestra (OYO) because he felt that the former ensemble was “a string-focused orchestra;” he’s a French horn player. He’s learned to extend the range of his instrument through work with his teacher, Sue Wolmer, and the OYO’s engaging repertoire, which has included ballet suites for Tchaikovsky’s Sleeping Beauty and Stravinsky’s Firebird, Bernard Hermann’s Psycho suite, and Saint-Saëns’ Carnival of the Animals. For the last piece, “I had to play a note which I thought I’d never have to play, a low A below low A,” says Leo. “And after I did it, I realized I’d grown a little.”

Many kids have found that orchestral experience has expanded their taste. “I used to hate classical music when I first started” at the El Camino Youth Symphony (ECYS), claims Sheena Rogers, age 18. “I liked all the music my friends listened to, so I used to think classical music was for old people.” Since joining the ECYS 10 years ago, Sheena has learned respect for the classics and for violin technique. “It’s so, like, detailed, and it’s really deep,” she attests. “It’s not simple, like all your pop songs. A lot of thought goes into every piece.” 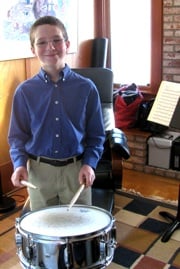 In North Oakland, where his African-American family is part of the ethnic majority, “classical music isn’t the most popular thing,” notes Adam Green, a 17-year-old violist with the Young People’s Symphony Orchestra (YPSO). “It’s mostly hip-hop and R&B and stuff like that.” His parents “listen to gospel music and some of the older R&B, like the Temptations.” With YPSO, Adam “got to meet a lot of friends who are as interested in [classical] music as me, and who work as hard as me.” And ultimately, as his family and his friends from school and the neighborhood started attending his concerts, they too began to realize that “classical music is OK; it’s actually pretty cool music to listen to.”

Meeting up with Adam at rehearsals at Berkeley’s Crowden Music Center is the YPSO’s youngest member, 12-year-old percussionist Benjamin Ring, who lives in Piedmont with his father, Jonathan, a French horn player with the San Francisco Symphony; his mother, Maya, who plays flute in a community orchestra; and his older brother, Julian, a budding rock bassist. Benjamin couldn’t find enough challenge on the drums at Piedmont Middle School (where he opted, instead, for his dad’s instrument), but in YPSO, he gets to deploy his endless energy among snare drum, bass drum, “sizzle” cymbal, wood block, and crotales, as well as the standard timpani.

When Benjamin talks about the 1945, revised version of Stravinsky’s Firebird — which YPSO will perform at the First Congregational Church in Berkeley on May 8 and take on tour to Alaska the following month — he sounds like an old pro. “I personally like the 1945 version of Firebird less than the 1919 version,” Benjamin declares. “The snare drum is a little annoying at the beginning, there’s a xylophone riff I don’t really like, and there’s no trombone gliss, either.” About the repertoire in general, though, Benjamin says, “I like the music we play. It’s not all old stuff, there’s new stuff,” including a piece by Gabriella Smith, a YPSO alumna who has gone on to become the only current freshman in composition at the Curtis Institute of Music, in Philadelphia. 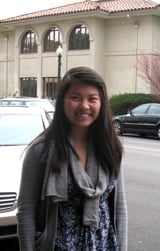 Like Benjamin, who also plays jazz and is prepping for his bar mitzvah, Jocelyn Fong, 17, has a lot more to handle than just her violin. She studies ballet at the College of Marin and is part of both California High School Democrats and High School Democrats of America, with positions on state and national committees. “But I guess music provides a relief from all of that,” sighs Jocelyn, taking a break at a coffee shop in her hometown of San Anselmo. “Practicing takes a lot of concentration and focus, but I think if you approach practicing as progressing toward something, then it’s less of a stressful activity and more of a moving forward.” Having advanced through most of the Suzuki Method in elementary school, Jocelyn enlisted with the Marin Symphony Youth Orchestra in the seventh grade.

The orchestra’s repertoire “was totally different music than I’d been used to,” says Jocelyn. “And it was fun to be able to turn on KDFC and hear something on the radio and go, ‘Oh wait, we just played that!' And becoming able to relate better to the music world in that respect.” She also felt enriched by finding new personal relationships, beyond her small private school. “Originally I was really good friends with people in my [string] section, who were my age. We’d have breaks halfway through rehearsal, to keep our energy up, and we’d hang out and talk. We had a lot of similar interests.”

Jocelyn’s father, Larry, is a dentist and her mother, Kim, an English as a Second Language teacher, but they’re also amateur musicians, on the clarinet and flute, respectively. Kim is particularly impressed with the approach of MSYO’s artistic director and conductor, George Thomson, who also teaches and leads the award-winning Virtuoso Program at the San Domenico School in San Anselmo. “He’s just really, really good with this age group,” says Kim about the maestro. “He treats them as adults, he has a wry sense of humor, and he’s very inventive in the programming. He tries to keep the students’ interest by having some sort of theme [right now it’s “opera”], but he also mixes it up, way beyond the three B’s.”

Enthusiasm and caring trickle down from the podiums at the other ensembles, too. “Our orchestra is more known for our musicality than all playing perfectly, technique-wise,” says Timothy Yu, 16, concertmaster of the El Camino Youth Symphony, “because Camilla Kolchinsky, our conductor, she really pours her heart out into conducting, and always wants us to build the music as much as possible. And she does that by telling us the stories behind the music.”

His fellow first violinist Tiffany Shen, 15, cites an example from Schéhérazade, which they’ve been rehearsing at their Palo Alto headquarters for an ECYS concert this Saturday, March 13, at the Flint Center in Cupertino. “There’s a part in the second movement where there’s a battle, and I feel like that kind of story motivates us, ’cause when we’re playing we’ll have those pictures in our minds.”

“Our conductor [David Ramadanoff] makes sure that a lot of the pieces we play include everybody,” says Benjamin Ring about the Young People’s Symphony, which makes a point of rotating players within sections, rather than designating principal chairs. Ramadanoff “has good tempo, which is good for following,” Benjamin continues. “And if people mess up, he doesn’t yell at them. He’ll just work on it a bit until they get it pretty good, and then he’ll usually tell the sectional coach to work on it with them.” The YPSO is currently rehearsing for performances at Herbst Theatre in San Francisco on March 19, and at the Berkeley City Club on March 21.

Aside from musical mentors and paid staff, the kids receive vital support from their families, inside and outside their homes. “There are many different kinds of volunteer work, done by many active parents,” says Ann Shen, Tiffany’s mother, who has helped engage sponsors of the ECYS from her community of Los Altos and the surrounding area. She notes that parents also contribute through an annual fund drive, do mailings from the office, help with preparation and cleanup at the concerts, and chaperone biannual trips abroad.

The rewards for supporting fine music, she points out, extend from the parents to the general public, through 14 or so performances by ECYS’ various ensembles each season, at affordable ticket prices. “Now, when I sit in the concerts, I can behave better, knowing when to clap my hands and when not to,” Ann says with a chuckle. “And the local people also get to learn. We open the door and make classical music very accessible to everybody.”

And it’s music well-played, as Jonathan Ring can vouch for, having witnessed his son Benjamin’s and the YPSO’s delivery of Dukas’ enchanting Sorcerer’s Apprentice. “Every time we perform it in the San Francisco Symphony, it’s usually underrehearsed,” Jonathan admits. “But it’s actually a very difficult piece to pull off. And I thought the YPSO kids really pulled it off quite nicely. Now, to hear my own kid up in his room doing his homework and singing parts of that piece to himself, I know it’s made an impression on him.”

For performance schedules and how kids and adults can participate, here are the Web sites: