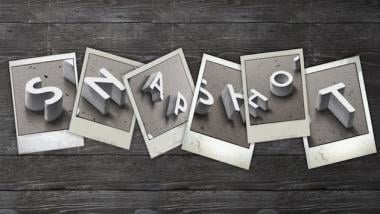 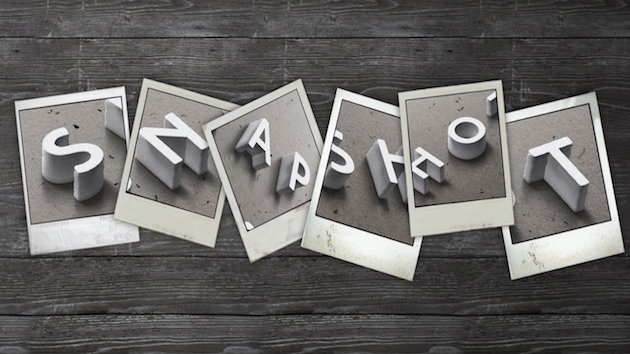 It’s impossible to say who benefits most from Snapshot. The West Edge Opera sampler of excerpts from new works by California composers and librettists dancing on the outskirts of avant-garde opera provides exposure, a professional recording, and feedback to artists. It’s also a vehicle for West Edge to test advance skiffs instead of the big ship of a fully produced opera, and a low-risk opportunity for audiences otherwise hesitant to invest the cash and time to attend a complete opera. With a half-dozen excerpts no longer than 15 minutes each, the unstaged, nonmemorized works presented in a casual, welcoming atmosphere are a win-win-win trifecta.

Begun in 2017, Snapshot is a collaboration with Earplay, the new-music composer/musician consortium founded in 1985. Entering the fourth season with performances in Berkeley (Jan. 31) and San Francisco (Feb. 1), the new works series is directed by Snapshot creator and associate producer Brian Rosen. The West Edge marketing manager is also a musician and composer. Rosen studied composition at Interlochen Arts Academy, computer science at Princeton University, and joined Pixar Animation Studios upon moving to the Bay Area in 1993. Among the chamber ensembles and choirs performing his work are The Richter Scales, Cypress String Quartet, San Francisco Girls Chorus, Cinnabar Opera Theater, and Choral Chameleon.

In an interview, Rosen said Snapshot started with drinks and a casual conversation with West Edge General Director Mark Streshinsky. “We were in New York during a new works festival. I was thinking, “Why don’t we have this in San Francisco; a lower stakes opportunity to see opera? Let’s get multiple operas up.”

The costs of a fully produced contemporary opera that fails to catch on are prohibitive, the two men agreed. But excerpts that allow composers to test run a model and receive a high-quality recording with which to promote their work, have guaranteed value without blasting the producers’ budget.

Each Snapshot selection begins with edited video clips extracted from freeform conversations held with the composer or librettist. “It lets the audience have a sense of what they’ll see contextualized. It makes it less imposing and gives you a gateway in,” said Rosen. “New opera can sound alienating, so getting the human face on it gives people what’s behind the work. They have insight into the person, even if they don’t like what that person made.”

Significantly, the excerpts that are sometimes entirely new endeavors and occasionally reworkings of movements from existing, completed operas, are brief. “If they don’t like one thing, they can stick around 15 minutes and chances are, they’ll like the next thing in the evening,” said Rosen.

Defining the shared features of excerpts presented this season and in the three years preceding, Rosen said would “have people arguing for days or years.” With the primary commonality the label of opera — or maybe “sung theater” driven by character-based stories — diversity arrives organically. Without flagrantly checking boxes for each culture represented, Rosen said admiration for the musicians’ work and curiosity about world music culture drives the curation. Presumably, composers of any age or stylistic influence whose command of the techniques and structures of classical composition are clearly established, express clear musical points of view and mature, coherent storytelling, even in works-in-progress. Librettists who understand opera’s demands on vocalists compose compelling, singable text. In contemporary opera, cross-cultural references, hybrid or invented vocabulary, uniquely stylized delivery or gestures are anticipated and — along with traditional aspects of operatic librettos — if handled with aplomb, are likely to land a librettist an invitation to participate in Snapshot.

One of two works selected for this article from among the 2020 offerings to highlight Snapshot’s broad range; Nicolas Lell Benavides brings the score for a revised opening scene for his opera, Gilberto. In the story told by librettist Marella Martin Koch, a young Latino American celebrates his last night with friends at Oakland's Sweet's Ballroom before departing for the Korean War. And Chinese-American composer Joan Huang’s Eighteen Melodies for Hujia features a text translation of the ancient tale by Huang and intriguing instrumentation that does not include hujia, the Chinese/Mongolian double-reed instrument for which the work is named.

In an interview, Benavides said doing justice to Gilberto’s musical styles — Latin rumba, mambo, salsa, cha-cha, traditional Mexican and Southwest American ranchera songs — was important, but revising the story was primary. The main character in the original version came off as unlikable. “It’s a redemption journey for him. We wanted to set up tension and animosity that eventually warms up, but it didn’t happen. He settled in and was just mean,” Benavides said. By reordering the opening and not starting with an odd, callous song that was immediately hostile (that song remains but is placed at the end of the act), the entire narrative gained clarity.

“These people are being drafted against their will and being sent to fight a war they didn’t understand,” he said. “Now, it starts with Gilberto listening to the radio and the chorus singing a program announcement with Secretary of State Marshall explaining it’s a police action. The audience understands this is an unmovable force and that all the action, the love story, the lifestyle of Gilberto, are uprooted by it.”

Writing the opera gave Benavides an opportunity to memorialize his ancestry. “I grew up in New Mexico and played saxophone and sang with my grandpa, who played accordion.” During the research phase, he learned his other grandfather hitchhiked to Oakland and danced in a zoot suit to 1950s mambo music at Sweet’s Ballroom and clubs like it. He spent hours listening to Pérez Prado and Yma Sumac before stitching a pastiche of Latin music into the work’s main aria. The war that looms over the work is expressed through atonality and “clouds of sound” that take over and dissolve dance scenes in the full production.

Snapshot, he said, is an ideal chance to pilot a work. “I don’t write operas in a vacuum. With this, you discover the robustness of a piece. You find out if a vocal line or rhythm is necessary. You balance the value of time and what’s working.”

Huang’s work fuses Chinese traditional music, contemporary Western music techniques and the 2,000-year-old story of Cai Wenji, a gifted musician and poet during the Han Dynasty (25 – 220 A.D.) forced by powerful men to abandon her two sons. The libretto’s ancient language is abstract, causing a necessary translation to contemporary Chinese before English. “I took only the phrases I could present musically. This excerpt, I hope, if the audience likes it, will become a four-act opera.”

Highly emotional, the 18 songs portray a mother’s loneliness, agony, and sorrow. Plucked pizzicato or a sliding bow on cello strings mimic traditional Chinese qualities, and the bent, wavery tone of a singer replicates a guguin (a seven-string Chinese instrument, typically fretless). The flute takes a pentatonic, avant-garde approach: the Chinese folksong melodies clashing against the E-flat scale of Western music, creating dissonance. Reaching inside a piano to create sound and moaning, stretched clarinet lines, according to Huang, intensify the drama.

Rosen said, “although no opera can be naturalist because no one goes around singing what they’re thinking,” the works and format of Snapshot break down barriers. Asked if shifts in presentation and content and greater access to live opera or even through social media will sustain the art form, he said, “This is what people lose sleep over: How do we turn more people onto this thing that we love, that moves us? We suffer from the stereotype of being snooty and dressing up for a date night. We want opera integrated into people’s lives. We want people to check it out, swing by and see it.”

And so it is. To catch a first glimpse of a future blockbuster (think Hamilton), to pay $40 instead of $200 to gain access to promising young talent and new works, to tell West Edge what’s working and what’s not — and be heard — there is Snapshot.

Correction: As originally published, this article suggested that Snapshot tickets were $20. They correct price is $40. 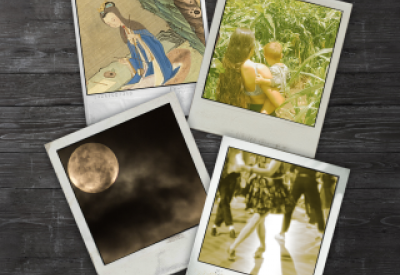 The new music dynamo continues its anniversary season by focusing on the legacies of local composers.