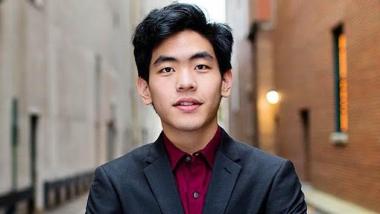 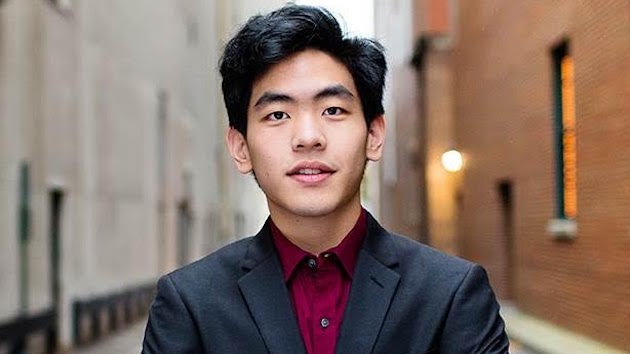 It would normally not be so exciting to report that a Bay Area native has reached the final of the Cliburn Piano Competition. But Daniel Hsu is a little more interesting than your average piano prodigy.

Sure, he has the usual prodigy life – accepted into the Curtis Institute of Music at age 10, where he studied with Gary (“I taught Yuja”) Graffman and Eleanor Sokoloff; first prize in the 2015 Concert Artists Guild Victor Elmaleh Competition, bronze medalist at the 2016 Hamamatsu International Piano Competition; debuts with the Philadelphia Orchestra, Tokyo Philharmonic, Grand Rapids Symphony, New Haven Symphony; recital debuts at Krannert Center for the Performing Arts; Chicago’s Dame Myra Hess Concert Series; and Merkin Concert Hall, crowned, this past April by his debut at Carnegie Hall. He’s already been named a Gilmore Young Artist (a very prestigious honor). And so on, etc.

But Hsu also has outside interests and makes time to indulge them. Apparently, he’s a film buff and a computer programmer: According to his official bio, “He contributed to the creation of the Workflow productivity app, which won a 2015 Apple Design Award and has improved the experience of mobile devices for visually impaired users.” Did we mention that he’s 19? OK, then.

If you’re interested, you can actually watch the finals live in movie theaters on June 10. https://www.fathomevents.com/events/van-cliburn-competition

Author/pianist Stuart Isacoff recounts the dramatic story of Van Cliburn’s Tchaikovsky Competition victory at the height of the Cold War.