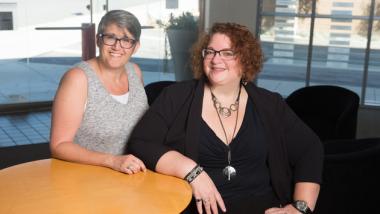 Boston Court Pasadena Steps It Up

Changes in leadership seem to be the norm on the Los Angeles classical music scene right now. Seismic shakeups at the LA Phil and LA Opera attract a certain, scandalous attention, but there’s another kind of change — subtle, positive, and part of the evolution of any organization — that’s occurring. Case in point: Boston Court Pasadena.

The theater and arts presenter, founded in 2003 and staging everything from visual art exhibits to new-music programs, has announced a change in leadership as well as in programming. Beginning in 2020, the organization will consolidate artistic directors, going from three to one. (The current model divides directorial duties between music and theater.) BCP will also transition its performance season from a calendar year setup to a more standard fall-to-fall model, to be adopted with the 2020–21 season.

Concertgoers can look forward to a “bonus” spring series in 2020 before BCP launches into its new calendar setup. In the meantime, performances through the end of the month — including the Los Angeles Percussion Quartet on Oct. 17, baritone Rod Gilfry on Oct. 18, and jazz pianist Josh Nelson on Oct. 26 — offer an eclectic mix of genres and artists, as well as a hint of the programming to come.

A versatile string trio presents an evening of intriguing works by women composers.