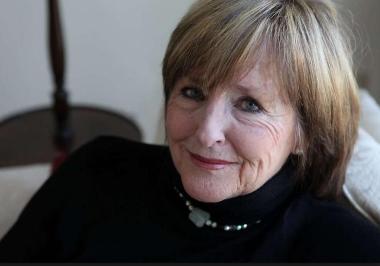 Celebrating Flicka, Bright Star, on Her 75th Revolution Around the Sun

In marking Frederica von Stade’s 75th birthday on June 1 the only difficulty is to hold down the gushing. I am prepared to fail in that.

There are few artists in the world who are called — globally and constantly — “beloved” the way Flicka is. But nowhere is that sentiment as sincere and intense as in and around San Francisco and Alameda, her home, where she has not only participated in the work of dozens of musical organizations, but where she launched and supported so many careers, from that of Jake Heggie to thousands (that’s an actual figure) of children, mostly underprivileged.

A vibrant and funny presence, Flicka can also touch deep emotions on and off the opera stage. No one participating in the tribute to her in Herbst Theater nine years ago will forget her duet with the late Zheng Cao.

Cao, a young mezzo, battled metastasized stage-four lung cancer and two dozen brain tumors with Flicka at her side. Heroic — and temporarily triumphant — as that struggle was, in Herbst, Zheng and most of the audience dissolved in tears singing “You’ll Never Walk Alone.” She and Flicka, Zheng said, sang that and much else “in hospital corridors and during biopsy.”

The rest of the event was a lively, happy one, reflecting the personality of the celebrant. Never assuming the mien of a Diva, this true star burst on the stage hilariously with a breathless “Non so piu cosa son.” It was in the role of Cherubino in The Marriage of Figaro that Flicka made her San Francisco debut in 1972.

Humor also permeated the rest of the evening as Marilyn Horne paid lavish tribute to Flicka, ending on “You are such a wonderful person, I don’t think I ever knew you have an evil thought.” With a raised eyebrow, Flicka responded: “That’s because you weren’t around during my divorce.”

As Nancy Adler Montgomery, Sarah Billinghurst, Ruth Felt, David Gockley, and her fellow singers sang her praises as an artist and “the most giving person in the world,” Flicka took it all in stride, returning the event again and again from a Grand Occasion to a concert.

Among all the great opera houses of the world where she starred, the Metropolitan Opera was perhaps the most prominent, with 300 performances. As Martin Bernheimer recalled in 2015:

Many of [the 300 performances were in] so-called Hosenrollen — “trouser roles.” She looked great in pants, and had what seemed like an easy knack for impersonating adolescent boys, from Octavian in Richard Strauss’s Der Rosenkavalier to Nicklausse in Offenbach’s The Tales of Hoffmann to Hänsel in Humperdinck’s Hänsel and Gretel to Cherubino.

With the Met alone, she sang Mozart’s amorous pageboy 48 times, the second most by any mezzo in its history (excepting Mildred Miller, who played the part 61 times).

Von Stade made her debut, most modestly, in 1970 at age 25. Her vehicle: the fleeting ensemble duties of the Third Genie in Mozart’s The Magic Flute. She mustered her Met farewell, 31 years later, in the title role of Lehár’s The Merry Widow, opposite Plácido Domingo.

Flicka has also performed at various presidential events. At the inauguration of Jimmy Carter, she sang “Take Care of This House” from 1600 Pennsylvania Avenue by Leonard Bernstein and Alan Jay Lerner. Disregarding party affiliations, she also sang at the second inauguration of Ronald Reagan. Her surprising choice to sing was an aria from Meyerbeer’s Les Huguenots.

In 1990, von Stade was invited to the White House to give a recital for Presidents George H. W. Bush and Mikhail Gorbachev. She was also heard at the opening ceremonies of the 2002 Winter Olympics in Salt Lake City, and she sang with the Mormon Tabernacle Choir at the Cultural Olympiad held in conjunction with the games.

Flicka’s ceaseless work on behalf of schools, the underprivileged, and young artists has culminated locally in her vital support for UC Berkeley’s Young Musicians Program and the St. Martin de Porres Catholic School in Oakland, among other programs.

In addition to countless fundraising events, Flicka also volunteered as choir director, after launching a kindergarten-through-fifth-grade choir in St. Martin de Porres School, which had no music program before. She worked with major artists and educators around the Bay to promote local implementation of El Sistema.

At one time, she invited several students to accompany her to the Kennedy Center to sing for Sen. Edward Kennedy’s 77th birthday. To help pay for their travel expenses, von Stade staged a benefit performance at the American Conservatory Theater in San Francisco.

On a regular basis, von Stade has brought groups of children to the Opera House. One of Flicka’s partners, Sister Dawson, said that the singer, a member of St. Joseph Basilica Parish in Alameda, helps raise funds for the regional school, and “is always thinking of the needs of our kids. She seems to really empathize with the joys, challenges and sufferings of our kids and then she always tries to find ways to make their lives more livable.”

Among her many benefit recitals was a concert in the Oakland Cathedral to raise funds for Catholic Relief Services aid work in quake-devastated Haiti.

Von Stade was born in Somerville, New Jersey, on June 1, 1945, a premature baby weighing 2½ pounds. Her mother nicknamed her Flicka — Swedish for “little girl” — after one of her father’s polo ponies. Her father was killed in action when his jeep ran over a landmine in Germany, two months before she was born.

Her stepfather, Gen. Horace W. “Hod” Fuller, was a decorated war hero who had fought both as a Marine and in the special forces of the Office of Strategic Services. After demobilization, Fuller was sent to Europe by the State Department to help implement the Marshall Plan, so as a child, Flicka spent several years in Greece and Italy.

When she was 16, her mother took her to the Salzburg Festival to hear Karl Böhm conducting Elizabeth Schwarzkopf and Christa Ludwig in Der Rosenkavalier, and that was more than enough to launch her on an operatic career that she pursued for decades. It would have been fitting if she’d been able to sing her farewell at the SF Opera as the Marschallin.

Luminaries from all over gather to honor the glorious voice and career of a great mezzo-soprano, not to mention her offstage work for young people.

Flicka as the 90-Year-Old Heroine of New Opera