Century-Old Theremin Is Celebrated as Bedrock of Electronic Innovation 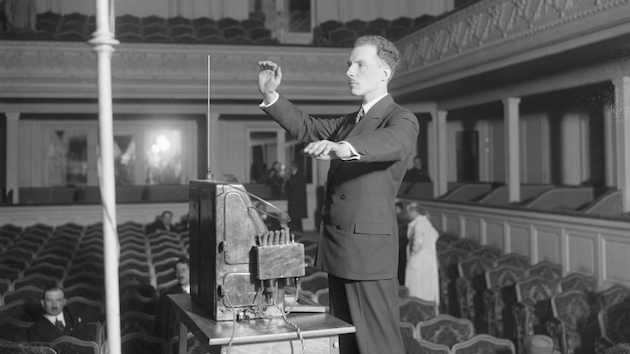 “After 100 years, it is still one of the most innovative electronic instruments,” say Moog Music engineers, who are producing the Claravox Centennial Theremin.

Theremin-inventor Lev Termen inspired Bob Moog himself to pursue electronic music instrument design from the time when he was a teenager. Moog has said that he found it doubtful that the modern synthesizer would exist at all if it were not for the theremin.

Invented in 1919 by 23-year-old Russian engineer Lev Sergeyevich Termen (1896 — 1993), and named for him, this is the first electronic musical instrument in history, invented almost accidentally. 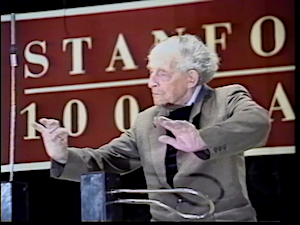 A brief pause here about the various spellings of the name: The inventor was born Lev Termen into a noble Orthodox family with French Huguenot roots. In French, the family name was spelled “Theremin,” which is the name he gave his invention. Later he adopted that spelling for his own last name, too, and today he is known as Leon Theremin. In Russia, the instrument is called “Termenvox” — Termen’s voice.

Young Termen was working on the design of a new electronic device to measure gas density when he observed display values changing proportionally to the proximity of his hands.

The device emitted a tone that changes pitch with the variation in gas density, and Termen noticed that his body’s proximity to the device would interfere and affect the tone. Using the control he had learned as a cello player, he managed to play a simple tune with the device. His colleagues marveled at the invention, which led to his decision to develop it into a full-fledged musical instrument.

Not long after moving to the United States and patenting his invention in the late 1920s, Termen met violin prodigy and fellow Soviet musician Clara Rockmore, who subsequently adopted the theremin as her primary instrument. She toured the U.S. to wide acclaim throughout the 1930s, mystifying audiences with classical arrangements performed on what was then a new and highly unusual electronic instrument. With her classical training, she played a significant role in refining Termen’s original design of the instrument. Today, Rockmore is widely considered the greatest theremin player of all time.

In 1949, the teenager Bob Moog first learned of the theremin in an issue of Electronics World, and shortly after built his first model of the instrument from plans published in the magazine. By 1954, when he was just 19 years old, he and his father were building and selling theremins out of their home in Queens, New York. 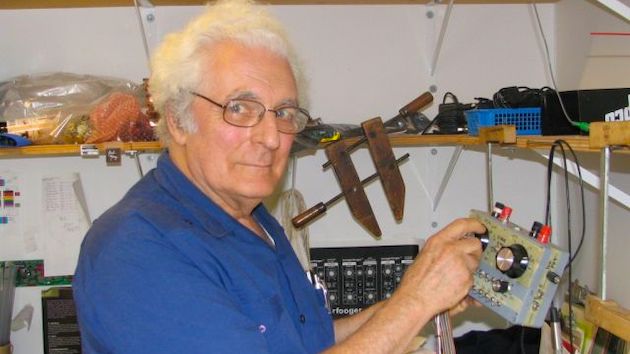 The theremin produces a tone close to a sine wave. It is a monophonic instrument, meaning it plays one tone at a time (unless it is used as a MIDI controller). Originally imagined to accompany or replace orchestral instruments like the violin and cello, the theremin has stood on its own. It didn’t take long for the theremin to become became part of music and cinema history, along with the kindred ondes Martenot, invented in 1928.

The theremin hit parade goes from Bohuslav Martinu’s 1944 Fantasia for Theremin, Oboe, String Quartet, and Piano; to Bernard Herrmann’s 1951 The Day the Earth Stood Still; Star Trek in the 1960s; Neil Armstrong’s voyage to the moon; Ennio Morricone’s 1968 Once Upon a Time in the West, and soundtracks for hundreds of sci-fi, horror, and suspense movies and TV episodes. The discerning reader will note the absence of reference to Olivier Messiaen’s St. Francis of Assisi and his other works, but that and the ondes Martenot belong to another story. 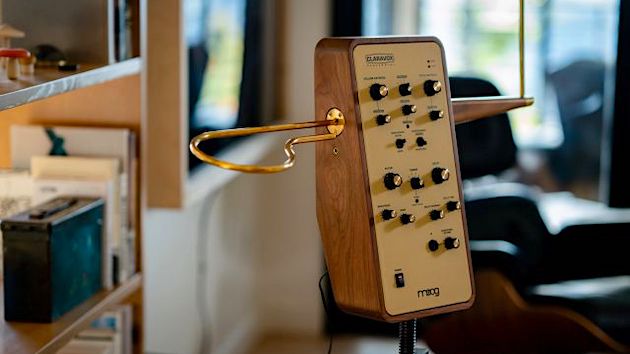 “What makes the theremin so unique, even after 100 years of innovation in musical instruments,” says the Moog Claravox release, “is that when you play the theremin you are physically part of the electronic circuit. Your body has a direct impact on the capacitance of the oscillators — this integration between artist and the machine creates a bio-physical experience that is utterly unique in musical expression.

“Moog’s Claravox retains the magic and heart of the original theremin, but also looks forward by expanding the instrument’s features so musicians can expand their sonic vocabularies, techniques, and integration capabilities.”

As to Termen’s other claims to fame and infamy, he is also responsible for “The Thing.” The expert in high-frequency circuits, optics and magnetic fields invented a listening device for the Soviet government, hidden in the U.S. ambassador’s Moscow office, enabling agents to listen to high-level communications there for years.

Termen demonstrated the theremin in person to both Lenin (in 1922) and Einstein (1927). During World War II, he did top-secret work for Moscow on remote-controlled aircraft and systems for tracking enemy vessels.

The theremin virtuoso demonstrates the strengths and limits of the quirky electronic device, while Friction drives off in "Little Red Corvette."

Two Contemporary Composers Make Meaning in the Space Around Their Music

Here are some of our favorite interactive “Google Doodles” that explore music-making and history.