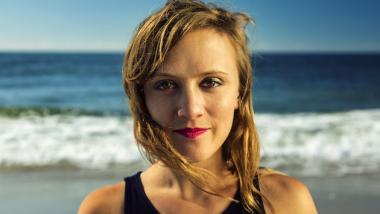 The $15,000 prize is awarded “for a distinguished musical composition by an American that has had its first performance or recording in the United States during the year.”

(The late Aretha Franklin received a special citation prize “for her indelible contribution to American music and culture for more than five decades.”)

The Prize-winning opera, prism, was described in Jim Farber’s SFCV review as threading “a fine line between poetic abstraction and gut-wrenching reality. But it is Reid’s exceptional score with its wide-range of musical vocabularies ... that give[s] prism its overwhelming power.”

Reid’s music is set to a libretto by Roxie Perkins. The work premiered Nov. 29 at L.A. Opera’s Off Grand series and was co-produced by Beth Morrison Projects.

Reid freely moves from soaring melodies and rich choral harmonies to abrasive dissonance accentuated by the twittering of col legno strings and pre-recorded electronic effects. In addition to the strings, winds, harp, piano, horn, and an array of percussion, Reid incorporates the weird, ominous rumblings of a Waterphone, the bending notes of a Flexatone, and the effects of an SPDSX sampling pad. When Perkins’s libretto indicates a color code, Reid answers with a convincing musical equivalent.”

Music Pulitzers for the past five years were:

Reached by NPR’s Tom Huizenga Monday afternoon in New York, Reid said she was still in shock on hearing the news of her prize. “She had no words to describe it. But she did have a lot to say about her Pulitzer-winning work,” including this, from an SFCV interview:

The subject matter of prism is about sexual assault and that’s something that happens to so many people that we started working on the piece about five years ago, before the #MeToo movement, before there was a kind of shift in thinking about what it meant to be a survivor. And it felt really important.

It was something that Roxie Perkins, the librettist, and I had both experienced personally and it felt like something that we wanted to delve into together. As you can imagine, going so deeply into something that is so difficult is really challenging. There’s something about the piece that makes people who haven’t experienced sexual assault understand just a little bit more what it might be like.

So in no way did I want to be alienating. I wanted to bring the listener and the viewer into it and feel it, and through the whole piece there is a lightness and a darkness, and how those things balance together and how it opens up.”

Celebrating the Pulitzer along with Reid is L.A. Chamber Orchestra Executive Director Scott Harrison, who said, “Today is a big day for the L.A. music community and for Los Angeles Chamber Orchestra, with Ellen Reid, our incoming creative advisor and composer-in-residence, having been awarded the 2019 Pulitzer Prize in Music.

“And Andrew Norman, about to conclude his legendary tenure with LACO in that same role, was named a finalist [for Sustain, along with James Romig, for Still]. Ellen was recognized specifically for her gripping debut opera premiered in 2018, the same year in which she had LACO, LA Phil, LA Opera and Master Chorale premieres. We are all incredibly excited for Ellen as well as for Andrew, and for all this means for Los Angeles, truly the capital of the new-music world.”