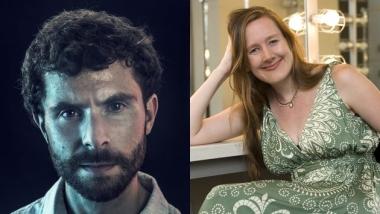 Music’s oldest story is always finding new expressions. From four linked productions at English National Opera to Hadestown on Broadway, the myth of Orpheus and Eurydice is alive and well in 2019. Los Angeles Opera offers its take on the story in February 2020, with the world premiere of Matthew Aucoin and Sarah Ruhl’s Eurydice. But that production will have resonances beyond the opera house.

Among the 2020 highlights: four performances of Missy Mazzoli’s Proving Up by Pasadena Opera (Jan. 17–25), a three-part showing of Jean Cocteau’s Orphic Trilogy at the Norton Simon Museum (Feb. 14, 21, and 28), and a student production of Charpentier’s The Descent of Orpheus to the Underworld at UCLA’s Herb Alpert School of Music (Feb. 29 – March 1). And of course, Aucoin and Ruhl’s Eurydice has its premiere performances with LA Opera, Feb. 1–23.

Some events are free, and some are ticketed. A full schedule of performances can be found here or here. Tickets are less concise, available in most cases through the presenting organization, not LA Opera. Brush up on the schedule, get your tickets, and watch for the SFCV preview of the festival, coming in the next month.