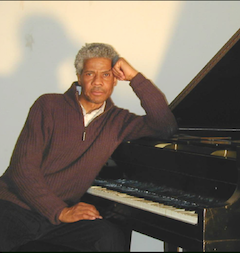 Fountain: Past, Present, and Future

I must admit that my fascination with unusual names had something to do to with the initial attention I paid to Primous Fountain, along with the fact that he is among the relatively few contemporary African-American classical composers — including, of course, Anthony Davies, Pamela Z, Anthony Braxton, and Olly Wilson among others.

But once I started listening to Fountain's works, including his Second Symphony, his Cello Concerto (recorded with Anthony Elliott; Stanislaw Skrowaczewski conducting the Minnesota Orchestra), and more, the name and race became unimportant. With a curiously Russian sound, and unaffected simplicity, Fountain's music deserves attention.

Attention was paid by a young conductor almost four decades ago when Michael Tilson Thomas conducted Fountain's Ritual Dances of the Amaks when guesting with the San Francisco Symphony and with his own Buffalo Philharmonic on an East Coast tour, concluding in Carnegie Hall.

Another young man, Charles Amirkhanian, captured an interview with the composer when his Manifestations was performed by the Oakland Symphony, conducted by Harold Farberman. Fountain is now 64, he composed Manifestations when he was only 18.

Arthur Mitchell later choreographed the eponymous ballet to Manifestations, performed by his Dance Theatre of Harlem, where it became one of the company's signature ballets. The music also appears in Fountain's Fourth Symphony.

Fountain was the youngest composer to have won two Guggenheim Fellowships. He was also awarded the American Academy of Arts and Letters' Goddard Lieberson Fellowship, and the Broadcast Music Incorporated (BMI) Award.

Fountain, supported enthusiastically by Gunther Schuller, had his works performed by numerous symphony orchestras, including those of Chicago and Boston, while Quincy Jones supported his jazz, rhythm and blues compositions.

Fountain — who has just completed his Seventh Symphony — and his supporters are engaged in a vigorous campaign to find an orchestra to give the world premiere of his Second Symphony "in a venue which is as strong and impressive as the work and the composer"; to start a world orchestra tour with his compositions; and start recordings.

Speaking Monday night from Chicago, where temperatures have plunged below those on Mars, Fountain said:

Quincy Jones commissioned my Second Symphony which took me 10 years to compose. The short version of the Second Symphony’s Ukraine performance was chosen as the "Best Cultural Event of the Year" for the Ukraine Regional by mass media: TV and radio stations, magazines, newspapers and major online media. The full version of my Second Symphony has yet to receive a world premiere. Maybe in San Francisco?