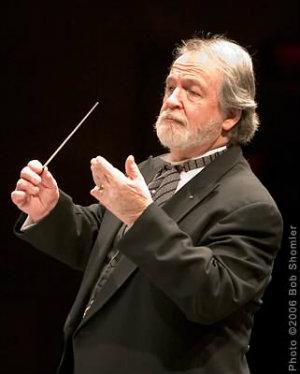 The first tribute to George Cleve, who died Thursday morning in his Berkeley home after a long struggle with cancer, came from a fellow conductor. Patrick Summers stopped an orchestral rehearsal of Sondheim's Sweeney Todd at the San Francisco Opera, announced the news, and then the musicians — all of whom had worked with Cleve over the years — marked his passing with a minute of silence.

Born in Vienna 79 years ago (but moving to New York with his family when he was 4 years old), Cleve had a vital presence on the local musical scene for over half a century, while conducting major orchestras around the world.

He received his musical training at the High School of Music and Art, and the Mannes College of Music, where he studied viola with Paul Doktor, chamber music with William Kroll, and conducting with Carl Bamberger. In addition to studying piano and conducting with Seymour Lipkin, he pursued further conducting studies with Pierre Monteux, George Szell, Leonard Bernstein and Franco Ferrara.

Cleve's love of Mozart was best exemplified in his founding and maintaining - with meager resources and against great odds - the Midsummer Mozart Festival for over 40 years.

Unencumbered by his seated position and musically as agile as ever, Cleve gave the concert a dynamic start with his lively approach to The Impresario. But where the maestro really showed his affinity for the repertoire, his attention to detail and his caring rapport with the orchestra, was in the “Jupiter,” Mozart’s last symphony (1788).

The orchestra readily responded to Cleve’s refined sense of style, with beautifully contrasting timbres from the string sections and distinguished solo work from the wind players, especially the flute and bassoon.

As the report of Cleve's death arrived just a few hours ago, no responses are expected for a while, much less arrangements for services, but SFCV will publish the information as we receive it.