Pianist Gloria Cheng is calling on favorite collaborators, in person and at a distance, for a program of modern chamber music, months in the making.

New music is the focus and part of the reason why Pittance and Cheng wanted to capture the program, originally scheduled for April 2020. They’ve been able to stick to the musical plan since then, recording this summer (at the Pasadena Conservatory of Music) and now adapting to the online format.

The world-premiere work on the schedule is Gernot Wolfgang’s Decisions .., written for oboist Jennifer Cullinan. A return composer for Pittance, Wolfgang was on a program a couple of seasons ago. Cullinan and Cheng debut his new piece and join the composer in conversation, in a video debuting Nov. 15.

Cheng reprises part of her Garlands for Steven Stucky project (Nov. 8) and, in her signature way, combines a vast musical knowledge with personal touches. In addition to the performance, the four composers on the program — Esa-Pekka Salonen, Stephen Andrew Taylor, John Harbison, and Kay Rhie — share memories of Stucky and insights into the music, in video tributes recorded from afar. Cheng and clarinetist Donald Foster also play a work by the late composer, Stucky’s Meditation and Dance.

The first installment of “Modern Beauty” premieres Nov. 1, with Cheng and bassoonist Judith Farmer in a performance of Billy Childs’s Sonata for Bassoon and Piano. Each episode in the series — Nov. 1, 8, and 15 — goes up at 3 p.m. PT on Pittance Chamber Music’s website and will also stream as an interactive Facebook event. 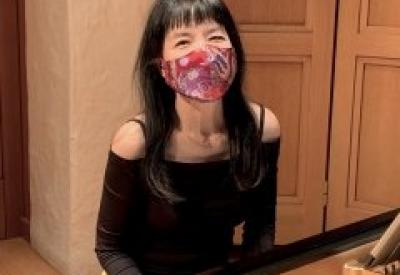 The pianist talks about her upcoming concert with Terry Riley and reflects on the transformative power of a life immersed in music.

The conductor leads a chamber concert featuring music by Korngold and Schoenberg, with musicians of the L.A. Opera Orchestra.