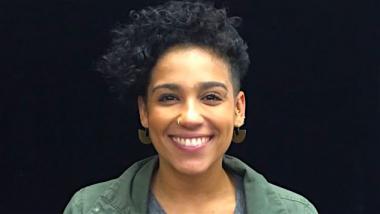 Four years after the daring Broadway presentation of Gershwin’s Porgy and Bess with an African-American cast, Mike Todd produced this jazz version of the Gilbert & Sullivan Mikado on Broadway in 1939. Hot Mikado starred Bill “Bojangles” Robinson in the title role, African-Americans replacing the “Japanese” characters as imagined by the British.

The version coming to 42nd Street Moon is based on a 1968 production by David H. Bell (book and lyrics) and Rob Bowman (orchestrations and arrangements). Bell and Bowman couldn’t find enough surviving material from 1939, so they created a new adaptation of the G&S opera.

A review of that San Diego performance found that “Not much remains of the 1939 show’s African-American emphasis, save the cool hipster style which even then was beginning to be eagerly preempted by Americans of every ethnicity.”

In the 1990s, the new Hot Mikado had many revivals, including at London’s West End and in North America.

The San Francisco production will be directed and choreographed by Jeffrey Polk, with music direction by Dave Dobrusky. The cast features Christine Capsuto-Shulman as Peep-Bo, Kelly Houston as Poo-Bah, Michelle Ianiro as Katisha, Jean-Paul Jones as Nanki-Poo, Jon-David Randle as Pish-Tush, Amie Shapiro as Pitti Sing, Branden Noel Thomas as the Mikado, Lucca Troutman as Yum-Yum, and Jaron Vesely as Ko-Ko.

“Hot Mikado is one of the most successful adaptations out there. The reinterpretations of Gilbert and Sullivan’s songs are consistently clever and varied in style, while retaining the tunefulness and humor of the originals; and the updates to the script keep the satire and hilarity of the original while creating a multi- and pan-cultural universe to play in.”

Pacific Opera Project’s Mikado Is All Over the Place

This Japan-England-America mashup will be very welcome to opera fans.

The Mikado in Italy: Leave the Fan, Take the Cannoli

The Lamplighters join the trend to tweak tradition with their daring reimagining of the Gilbert and Sullivan classic.

“Here’s a how-de-do!” — the Lamplighters lend their storied charm to another bright production of Gilbert and Sullivan’s witty, belovedMikado.