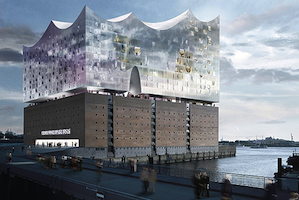 Kent Nagano, million-mile flyer maestro from Morro Bay, San Francisco, and Berkeley, will not be without an opera company for long, it seems. There is no official announcement, but the highly reliable German newspaper Die Welt reports as a fact that Nagano is in line to succeed Simone Young at the Hamburg State Opera.

A smaller organization than Nagano's current company, the Bavarian State Opera in Munich, Hamburg may offer Nagano continued opportunity to pursue new and unusual repertory. One potential fly in that ointment, according to the report, is that Nagano would serve as music director, not as director of the State Opera, a position filled by Young, who is also the head of the affiliated Hamburg Philharmonic.

The orchestra is soon moving into a spectacular new hall, the Elbphilharmonie Hamburg, designed by Herzog & de Meuron, also responsible for San Francisco's new de Young Museum. Nagano is leaving Munich next year; Young is scheduled to remain in Hamburg through 2015.

Just last week, Music News reported a new symphonic position for Nagano in Sweden, so it's clear that at age 60 (in conductor age, that's maybe 40), Nagano is not planning on slowing down. He continues as music director of the Orchestre Symphonique de Montréal.