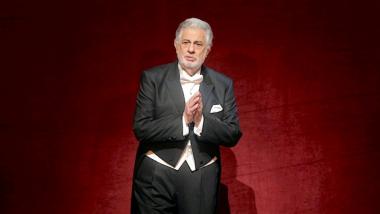 For the Los Angeles Opera, the scandal created by accusations that its former general director, Plácido Domingo, had engaged in sexual harassment for decades was always about the company. In the balance was its reputation, its relationships with singers, its liability insurance rates, and many other considerations. Immediately following the Associated Press reports, LA Opera commissioned the law firm Gibson, Dunn & Crutcher to investigate the allegations and recommend follow up. The investigation is completed, just a couple of weeks after the American Guild of Musical Artists finished its own, and today the LA Opera announced the results.

According to the Opera’s press release, the investigation invited wide participation, contacting the writer of the AP articles to invite her sources to talk, sending a letter to all current and former LA Opera staff, and offering anonymity for anyone who talked to investigators. LA Opera reports that “Gibson Dunn interviewed 44 individuals, including individuals reporting misconduct, LA Opera management, board members, and Mr. Domingo himself.”

While Domingo repeated his denials of misconduct, the investigation found the allegations credible “in part because of the similarities in their accounts.” Of more pressing importance to the company, however, the investigation also concluded that there was no evidence that Domingo “ever engaged in a quid pro quo or retaliated against any woman by not casting or otherwise hiring her at LA Opera, especially since casting and other hiring decisions are complex, performance-specific, and determined by multiple people.”

Almost equally important, the investigation cleared the LA Opera of having ever ignored or failed to address a sexual harassment complaint. However, in common with many companies faced with this situation, the investigators found that LA Opera was largely reactive, not proactive in its harassment policies up until 2018 (when the company produced a new policy). Additionally, Gibson Dunn found inconsistencies in the structure, process, and handling of complaints.

As a result, LA Opera announced that they are in the process of implementing recommendations from the report to strengthen the response to harassment claims and to encourage more timely reporting of claims. This includes a more formal process with more involvement from the HR department and more clearly defined roles and responsibilities for management. Also, the company, among other things, will require training for managers, compliance with the harassment policy from contractors, and will create specific policies “to govern interactions that create a heightened concern about sexual harassment, such as scenes that are sexual, intimate, or involve nudity.”

It will still be necessary for the industry to have a wider discussion about this issue, especially where it concerns extremely influential artists, but this is at least a plausible path to address harassment, something that many of the singers accusing Domingo have said they wanted from the process.

Baritone Quinn Kelsey steps into the role of the Duke of Nottingham, in performances conducted by Eun Sun Kim.