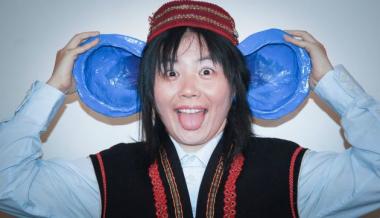 Today, Friday the Thirteenth, is a lucky day for composer Wang Jie and Festival Opera. Company General Director Sara Nealy is in the audience in New York City as OPERA America, the national service organization for all things operatic, is presenting the New Works Showcase, including a preview of the Wang Jie opera that Bay Area audiences will see at the end of the year. 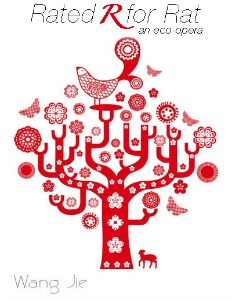 It is Rated R for Rat, about artists contending with an oppressive bureaucracy, represented as characters of the Chinese Zodiac. The creative team for Rat includes Festival Opera Music Director Michael Morgan and stage director Mo Zhou. Singers at the New York preview are Keith Browning, Liam Moran, Blythe Gaissert, and Lauren Worsham.

Wang Jie is Festival Opera’s 2016-17 composer in residence; her work is being developed in collaboration with American Opera Projects. A workshop of excerpts from the opera was staged at the S.F. Conservatory of Music in October; the production is supported by an award from the National Endowment for the Arts, and contributions from OPERA America, the Dean and Margaret Lesher Foundation, the William and Flora Hewlett Foundation, the Bernard Osher Foundation, the Zellerbach Foundation, and the Ann and Gordon Getty Foundation.

Rated R for Rat is being expanded from it’s original, 30-minute form (when it was titled From the Other Sky.) As a recipient of OPERA America’s Female Commissioning Grant, this first version premiered in Carnegie Hall at the American Composers Orchestra’s 2010 season-opening concert. A New Criterion review called it “whimsical, campy, tragic, haunting.” The opera’s story tells how the Chinese Zodiac is downsized to 12. Experiencing human compassion for the first time, the thirteenth Zodiac Goddess loses her place in the heavens in order to share her musical powers with mankind.

Described on her website as “part cartoon character, part virtuoso, musical whiz kid,” Wang Jie, 36, was born in Shanghai. She performed as a piano prodigy at age 5, and later a scholarship from the Manhattan School of Music brought her to the U.S. Among her many accomplishments is her Symphony No. 2, commissioned and premiered by Detroit Symphony Orchestra under the baton of Leonard Slatkin, and streamed live to a worldwide audience. The showcase of her tragic opera Nannan by New York City Opera’s VOX led to the production of her chamber opera Flown, commissioned and produced by Music-Theatre Group.

She holds honors from ASCAP, American Academy of Arts and Letters, the Koussevitzky Foundation in the Library of Congress, NYU, OPERA America, among others.

The New York event, in The Town Hall, includes five American companies whose operas-in-development have been selected for the Showcase. Besides the Festival Opera presentation, the program includes Charlotte Salomon: Der Tod und die Malerin by Michelle DiBucci; Machine by Rene Orth and Jason Kim; Before the Night Sky by Randall Eng and Donna Di Novelli; The Nefarious, Immoral but Highly Profitable Enterprise of Mr. Burke & Mr. Hare, by Julian Grant and Mark Campbell.