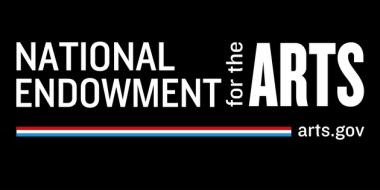 There are more than a few California arts organizations that are celebrating the recent round of grant announcements from the National Endowment for the Arts (NEA). For an economic sector used to doing more with less, the grants are a critical way to maintain ambitious programs and initiatives.

For the Santa Rosa Symphony, it means money to support a commission and world premiere by Mexican composer Enrico Chapela Barba; Stanford Live will receive funds to support its premiere of a reimagined Treemonisha. San Leandro’s Opera Cultura scored a grant to support the premiere of Frida, a musical theater work by Robert Xavier Rodríguez with book by Hilary Blecher and lyrics and monologue by Migdalia Cruz.

Heavy hitters the San Francisco Symphony won support for its artist-in-residence program, San Francisco Opera for a local premiere in the 2020–2021 season. Opera Parallèle pulled in a hefty sum to support the premiere of the revised, re-orchestrated version of Harvey Milk, by Stewart Wallace and Michael Korie. Over in Oakland, Living Jazz’s Martin Luther King, Jr. Day concert received support. ODC won support for the creation and presentation of Decameron, Up for Air, a new dance work, Philharmonia Baroque Orchestra for their production of Handel’s Aci, Galatea e Polifemo, Other Minds for the 25th iteration of the Other Minds Festival, and Kronos Quartet for the Kronos Festival.

A full list of grant recipients for January 2020, sorted by state, can be found on NEA’s website. And check out some of the awarded organizations and projects in-the-works in Los Angeles.

Some exciting, broad-based programs and initiatives are receiving money.