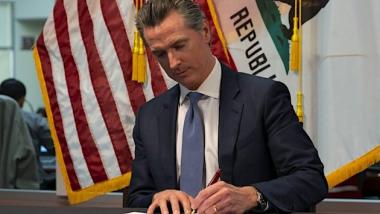 A New Bill Loosens Strictures for Some Musicians and Other Freelancers

Governor Gavin Newsom signed California Assembly Bill 2257 into law on Sept. 7, rolling back some of the stringent limitations on freelance musicians, entertainment-industry workers, writers, photographers, and others that had been imposed by AB 5, legislation enacted just last year intended to protect so-called gig workers.

That earlier law was inspired by the plight of independent drivers who felt that companies such as Lyft and Uber were abusing the contractors’ freelance status to avoid providing appropriate salaries and benefits that they should have enjoyed as employees.

Legislators attempting to right that wrong included umbrella language in AB 5 that suddenly placed all manner of career-long freelancers in risk of losing their independent status and, indeed, their livelihood because so many businesses depending on contract workers would not be able to meet the new requirements. Even SFCV felt the pinch with regard to our roster of freelance contributors.

As we reported earlier this year, the collateral damage caused by AB 5 was nearly instantaneous, as numerous smaller arts organizations that didn’t have the wherewithal to meet the new requirements felt it was safer to cancel seasons and shutter venues than it was to risk potential penalties. A massive wave of feedback from musicians, writers, photographers, and others clamoring for exemptions reached Assemblywoman Lorena Gonzalez (D-San Diego), who introduced the earlier law, and inspired her to introduce the AB 2257 update, which provides relief for some of the impacted independent contractors.

Parsing the language and practical impacts of legislation can be confusing, and I called on a former colleague at a local law firm with a highly regarded music and entertainment practice to ask for some assistance understanding what this new bill might mean for local musicians. He put me in touch with Yen P. Chau, a member of the employment and litigation practice groups at Donahue Fitzgerald in Oakland, California. Chau has been advising music and entertainment clients on this issue, and she characterizes the impacts for musicians this way:

AB 2257 make numerous changes to AB 5, but retains two distinctive characteristics of AB 5.
First, the exemptions provided by AB 2257, like nearly all of those in AB 5, provide an  exemption from the more difficult “ABC Test” established under Dynamex, but still require the application of the traditional test of independent contractor status under Borello. Second, the effects of lobbying are still clearly on display. Like its predecessor, AB 2257 contains exemptions for very specific, and seemingly random professions, from underwriting inspectors to salespersons of manufactured housing to professional foresters, to name just a few.

For persons in the music industry, the results of AB 2257 are interesting. AB 2257 provides a clear exemption for directors, producers, song writers, sound engineers, publicists, and other specified individuals working in the music industry, wherein the Borello analysis directly applies. For the musicians or vocalists themselves, however, the exemptions are harder to come by, and generally only apply if either the musician is covered by a collective bargaining agreement, receives royalties in connection to the work, or if the musician is performing at live, single-engagement events no more frequently than once a week.

Further, the exemption does not apply to musicians performing for a symphony orchestra, a large festival, or musical theater productions; in those cases, the much more difficult-to-satisfy ABC Test continues to apply.

AB 2257, therefore, does not provide any relief for the Bay Area’s many small symphonies that went dark in the face of a significant increase in costs associated with treating their performers as employees. California’s latest attempt to regulate the treatment of its independent workers have left some businesses scrambling to adjust, and others, completely frustrated.”

It seems the new legislation will be welcome news for many local musicians whenever the pandemic allows for regular gigs to resume. Solo acts, bands, chamber ensembles, and the like should be free to carry on much as they did in the past. What this means for the hundreds of independent community-based orchestras and theater companies in California remains an open question, but this round of legislation did not provide the across-the-board exemption so many were hoping for.

No action on the amendment until the State Legislature reconvenes in May.