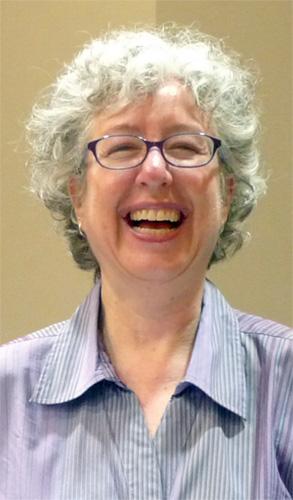 The June 18 performance of the San Francisco Opera's production of Le Nozze di Figaro (The Marriage of Figaro) was dedicated to the memory of Sandra Bernhard, who died earlier the same day in a Houston hospice. She was 56.

With profound sadness, we say farewell to our colleague and friend Sandra Bernhard, who passed away this morning. Sandy was a brilliant, empathic, compassionate, passionate, and exhaustive force for arts education in the United States. As the founding director of HGOco, she spearheaded its full range of innovative programming, and forged powerful collaborative relationships with colleague organizations throughout the city and the nation.

She faced her long illness with incredible courage and grace, teaching all of us how to be at peace with loss. She leaves a powerful legacy at Houston Grand Opera, one that even in this time of incredible sadness, we celebrate with great joy, both in her memory and in looking forward.

Sandy began here as an assistant director on Don Quichotte in 1990 and worked with us through the 2007-2008 season when she directed the Samson and Delilah that was our first simulcast to AT&T Park, and played in cinemas worldwide. Over the years, she has directed a number of operas here including Ermione, La Bohème, Daphne, Lucia, Butterfly, Carmen, L’Elisir, Tosca, and Rosenkavalier.

Gockley added that Bernhard “pioneered great advances in community engagement programs, including the commissioning of many new works that address issues relevant to the local community.”

In addition to two decades with S.F. Opera — serving as assistant director for more than 30 productions,  as coach and instructor of acting for the Merola Opera Program — and her wide-ranging activities in Houston since 2007, Bernhard also headed the opera program at the University of Cincinnati College-Conservatory of Music for five years, and was guest director for companies around the country. In Cincinnati, she held the J. Ralph Corbett Distinguished Chair; while in San Francisco, she also taught at the San Francisco Conservatory of Music.

Among her accomplishments in Houston was securing a $250,000 grant from the national consortium ArtPlace to expand her projects for bringing Houston Grand Opera into the city’s multi-cultural communities and community participation in opera.

She is survived by her partner, Lisa Long; her parents, Walt and Mandy Sachwitz, of Huntington Beach, CA; her brother Steve Sachwitz, his wife Debbie and their son Drew of Walnut Creek, CA. HGO is planning a memorial in the fall.