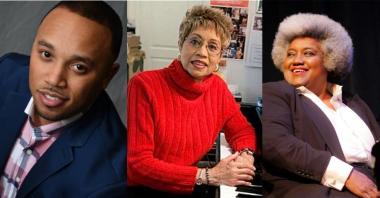 Pocket Opera Is Right on Time With PocketWatch

The unsinkable Pocket Opera just announced a new season of its popular PocketWatch series three-song mini concerts. Each of the short concerts is built around a theme, and each is streamed on a Sunday at 3 p.m. on  Pocket Opera’s Facebook page and YouTube channel. Each concert is followed by a “live talkback” session with the performing artists.

“Handel With Care” streams on April 18, with one of Pocket Opera’s favorite sopranos, Marcelle Dronkers. Dronkers has performed various Handel evil sorceresses such as Agrippina, Alcina, and Armida on the Pocket Opera stage to rave reviews. Jefferson Packer is music director and accompanist for this mini concert, and the talkback session pairs Dronkers with Pocket Opera Artistic Director Nicolas Aliaga Garcia.

The final concert of the season features soprano Lindsay Roush and tenor Alex Taite in “Songs of the Night” on June 20. This Summer Solstice program is a mixed bag of various arias and songs of the night. David Drummond will be music director and accompanist for this show. 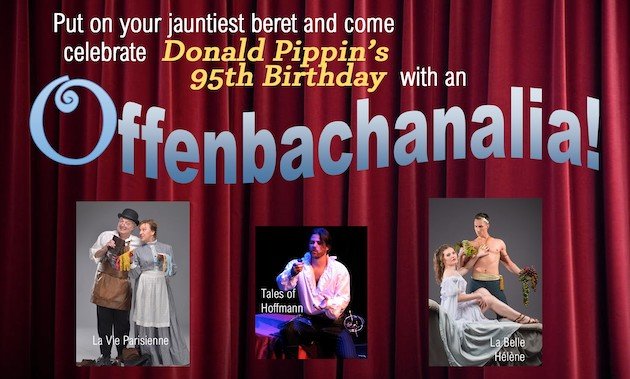 In addition to the three mini concerts, look for Offenbachenalia! on March 21 at 2:45. This virtual gala and auction in celebration of Pocket Opera Founder and Artistic Director Emeritus Donald Pippin is the company’s most important fundraiser of the year. On tap this time around are Robert Vann, Joseph Meyers, and Michael Mendelsohn as “The Three Offenbach Tenors.” They’ll be performing selections from La Vie Parisienne, Tales of Hoffmann, and La Belle Hélène. The event is free. More information and registration is available at the fundraiser website.

A Neglected Smetana Opera Gets New Life at Pocket Opera

The Two Widows bubbles over with life’s sorrows and joys.

The Mozart of the Champs-Élysées proves a match for G&S in Pocket's witty, well-sung production.