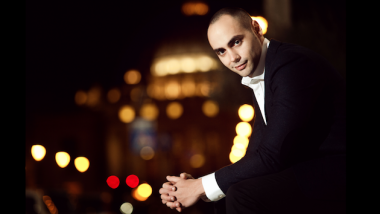 American tourism to Cuba has become increasingly popular, thanks in part to cultural projects, notably involving music. A year ago, more than one million people attended a free Rolling Stones concert in Havana. It was the first time in more than 50 years of touring that the group had been in Havana. Then in the fall of 2015, Sony Music Entertainment signed contracts with the Recordings and Musical Editions Enterprise (EGREM) for the international distribution of Cuban music.

And now news of a new start up called Classical Havana, or in Spanish: Habana Clásica. It’s the conception of renowned Cuban pianist Marcos Madrigal and classical-music entrepreneur Kathy Geisler. The intention is to develop an annual classical-music festival and in the process create common ground for musicians and audiences to find each other. 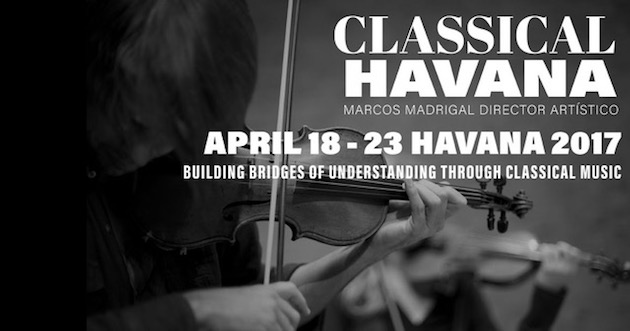 “It’s a truly international festival taking advantage of the times,” Ms. Geisler told us the other day. “And a chance to attract some important musicians from around the world all interested in working together.”

The festival is scheduled for April 18–23, 2017. During the first three days there will be a series of pop up concerts held in a local plaza, along with a children’s concert. On April 21 the main concerts, to be held in some of the city’s great landmarks, will feature two local chamber orchestras, along with 11 guest artists from 10 countries.

Some of the artists include such rising stars as violinists Alexander Gilman, David Nebel, and and Raquel Castro Pego; double bass, Michel Taddei, a UC Berkeley graduate; Cuban composer and conductor Guido Lopez-Gavilan; and Michael Fine, the Grammy Award-winning recording producer, and composer-in-residence.

Madrigal, who lives in Rome, studied at the Piano Academy at Lake Como under the tutelage of William Grant Naboré. Madrigal is Cuban by birth and one of the few Cuban pianists in the international piano stage just now. He regularly travels to Havana to perform, acts as liaison and artistic director for the project, which is being officially presented by cultural institutions within Cuba. The concerts are being presented by El Gabinete de Patrimonio Musical Esteban Salas and are being presented in conjunction with El Taller Internacional de Patrimonio Histórico-Documental de la Música en Hipanoamérica.

Geisler also has a strong international background and has run a successful classical-music record label. She has collaborated on several projects with the Russian National Orchestra, and is about to launch another startup called Mozart’s List.

“We didn’t know if anyone would want to be part of this because it isn’t for everyone,” she wrote us the other day. “The level of enthusiasm was a little unexpected. It was almost like offering the chance to perform on the moon. Most people have not performed there who have otherwise traveled much of the world. It is one of the great cultural destinations where almost no one has visited much less performed.”

The festival, a nonprofit project, is expected to cost around $20,000, which is mostly to pay for the musician’s airfare, as well as venue fees and the cost to bring a photographer. Geisler urges those interested in making a donation to visit their fundraising website.