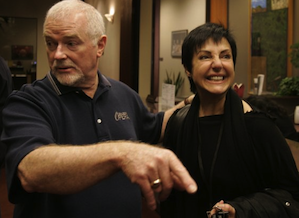 Nobody outside the board of directors — voting 33 to 1 on March 19 for the dissolution of the San Diego Opera this summer — seems to have known that the future of company was in jeopardy. Reports say company members and San Diego Symphony musicians in the pit were stunned to learn of the decision.

"The San Diego Opera shocked many in the arts world by announcing it will cease operations at the end of the current season, citing a tough fund-raising environment and weak ticket sales. The company's board voted to shut down rather than declare bankruptcy, allowing it to honor its remaining commitments," said The Los Angeles Times.

San Diego Opera General Director Ian D. Campbell said "After nearly 50 years as a San Diego cultural cornerstone providing world-class performances, we saw we faced an insurmountable financial hurdle going forward." He said the decision was to close operations "with dignity and grace, making every effort to fulfill our financial obligations, rather than inevitably entering bankruptcy, as have several other opera companies.” Most recently, the New York City Opera filed for bankruptcy.

Some other North American opera companies falling by the wayside in recent years:

Campbell responded to a Music News request for comment on Monday:

We are not bankrupt, owe no money, and have no creditors we believe we cannot pay if people honor pledges they made for past-season recognition, but payable over several years. Some will take it as an opportunity not to pay, I am certain, even though they have an ethical obligation to do so.

It is not an expense issue. It is a problem on the revenue side. Drops in both sales and contributions over several years now mean that we doubt we will be able to complete the next season. We will not take money from anyone we expect we may not be able to pay back, so we are not taking subscriptions and are winding down, gracefully, I hope.

We knew this threat was coming, and have worked on it for three years. The Board, which cannot be criticized, stepped up their personal giving substantially, but we have been unable to get the larger donations needed. Many larger donors enjoy being honored with their names on buildings and this may be a contributing factor since we are the only major arts institution, whether performing arts, museum, technology, aerospace, etc. without a building to carry names. That, and a still problematic economy here have conspired against us as well.

There it is. Tragic, but we are facing reality, and hope to go out with dignity, not through bankruptcy.

Among the hundreds of comments on social media:

Opera America describes San Diego as among the top 10 companies in the USA, but it ranks 296th in the world for opera performances per year. This in spite of the city’s enormous wealth and population. UCSD is ranks as the 13th best university in the world, but the city can’t maintain an opera company. Even the San Diego Symphony went through a bankruptcy.

These problems all relate to America’s dysfunctional arts funding system by the wealthy. We are the only developed country in the world without comprehensive public funding systems for the arts.

The funding by the wealthy also helps explain why our companies often only do a handful of performances per year, but with the most expensive singers and elaborate productions. The wealthy do a few lavish performances for themselves and neglect the rest of the community that could be served with a longer run of more economical productions. Our opera companies tend to be cultural country clubs for the rich.