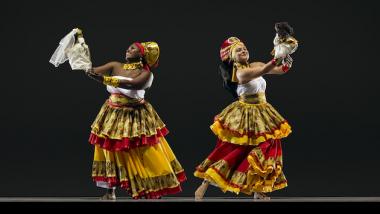 World Arts West presents the 39th annual San Francisco Ethnic Dance Festival the weekends of July 8–9 and July 15–16. This year the event moves to the War Memorial Opera House, where the plush new digs will set off the lively spectacle of ethnic costumes and dance traditions on stage — and in the aisles.

Tickets range from $25 to $45, with a discount for children at the Sunday matinee performances. More details and tickets available at City Box Office.

The festival brings 300 Bay Area dancers and musicians representing a wide array of cultures to the Palace of the Fine Arts.