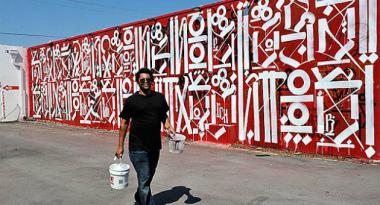 By the numbers: San Francisco Opera's 94th season, for 2016-2017, will present nine productions in a total of 68 performances — in addition to concerts, recitals, and special events. In the 3,200-seat War Memorial Opera House, the subscription season means 217,600 tickets on sale, and given an approximately $81.5 million operating budget, all those seats need to be filled (in addition to revenues from contributions and other income) to keep finances balanced.

Knowing those basic facts helps to explain the presence of a majority of tried-and-true warhorses, which have far better chances of selling out than new music, novelties, and rarities. And so, once again, there is Madama Butterfly (for the tenth time in the past 20 seasons) and La Bohème, with 10 performances each.

On the other hand, as S.F. Opera General Director David Gockley said making the announcement on Jan. 11, "The new season features a world premiere, familiar opera titles with fresh new casting, and, in the case of Aida, an arresting new production design." The design is by Los Angeles graffiti artist RETNA — né Marquis Lewis — whose hieroglyphic drawings are reminiscent of the picture symbols used in Aida's ancient Egypt. The world premiere is Bright Sheng’s Dream of the Red Chamber.

Unlike his 44 opera seasons overall, including 10 years in San Francisco, Gockley did not plan the next season by himself. He will have retired by the end of the 2016 summer season, so planning for the future — requested by the Board of Directors for two years after retirement — was "in close consultation" with his former associate and future successor, General Director Designate Matthew Shilvock, and Music Director Nicola Luisotti.

Looking at the business side of the operation, Gockley told SFCV, "fall 2015 had an 85% attendance. [By comparison, the Metropolitan Opera, with over 90% attendance in the past, fell to 74% last year]. It was disappointing for Sweeney Todd, a bit under expectations for Lucia di Lammermoor, good for Barber of Seville, and Meistersinger picked up at the end of the run; the last performance was sold out."

For the next season, Gockley is especially looking forward to the return of Armenian soprano Lianna Haroutounian, last year's Tosca, in the title role of Madama Butterfly and company debuts by South Korean tenor Yonghoon Lee as Andrea Chénier, Italian bass-baritone Ildebrando D’Arcangelo as Don Giovanni, and Lawrence Brownlee as Ernesto in Don Pasquale, among others.

Adler Fellow Pene Pati is featured as the Duke in Rigoletto, and former Merolina and Adler Fellow Leah Crocetto will sing the title role of Aida.

Two productions in 2017 have been announced for Opera Lab in the new Wilsey Center's Atrium Theater, which is opening this month: Ted Hearne's The Source, a Beth Morrison Project, Feb. 24 - March 3, 2017; and Francis Poulenc's La Voix Humaine, with Anna Caterina Antonacci, March 11-17. Hearne won a New Voices Residency from publisher Boosey and Hawkes and the San Francisco Symphony in 2014, and his works have been performed locally.