If and when San Francisco Opera sponsors a quiz program, a good question would be: “What’s the 2012 time-travel production precedent to the 2022 Don Giovanni?”

The answer is further down, but let’s stay in the present for now: The Opera’s 2022 Summer Season opens with Mozart’s Don Giovanni from June 4–July 2, in the War Memorial Opera House.

For the first time since joining the company in January, Chorus Director John Keene prepares the Opera Chorus.

SF Opera General Director Matthew Shilvock has described the trilogy as “a three-year journey through three of the most humanistic, emotionally perceptive operas ever written: The Marriage of Figaro, Così fan tutte and Don Giovanni, all directed by Michael Cavanagh. The three operas take place in a singular location: a late 18th-century house designed by [set and projection designer] Erhard Rom, that morphs through time as we move through a 300-year exploration of epochs of American history.”

Director Cavanagh, whose SFO credits include staging John Adams’s Nixon in China in 2012, set the first Mozart opera around the time of its composition (1786), relocating Count Almaviva’s palace from Seville to early America, explaining the concept:

“It’s all about new beginnings ... at the heart of a postrevolutionary America, a world of vast possibility for some, but great resentment and resistance for others. The setting is a house and a nation under construction, representing a hopeful future in which people strive to express their individual freedom within a framework of responsibility to each other.”

Shilvock described the progression of productions beyond The Marriage of Figaro:

“The subsequent operas will jump forward in time but always in the same neoclassical house — Così in the 1930s when the house has become a country club amidst the anxiety of the prewar years, and Don Giovanni in a dystopian future around 2090 when the house is crumbling, as are the bonds of society.”

Of the Mozart-Da Ponte Trilogy, Shilvock spoke and wrote with great pride, including an essay on the costumes alone.

About placing Don Giovanni at the end of the 21st century, Cavanagh said: “When we charted the Great American House journey, we deliberately stretched our timeline to demonstrate the universality and timelessness of the common themes in these amazing works. In Don Giovanni, the greed, desire and hunger for power without regard for impact on our fellow human beings has stolen our future and loosed monsters on the world. And those monsters look like us.”

Don Giovanni is the work of the 31-year-old Mozart at a creative peak. French conductor Bertrand de Billy will conduct the 1788 version of the score, with Mozart’s added arias and other changes for the work’s presentation in Vienna six months after its first performances in Prague.

Both SF Symphony and SF Opera maintain strict COVID precautions, requiring all adults to show proof of vaccination and booster shot, along with a photo ID. All patrons must wear well-fitted masks that cover their nose, mouth and chin when inside the War Memorial Opera House except when eating or drinking.

And to answer to the quiz about time travel: SF Opera’s production of Verdi’s Attila covered time through 15 centuries in just one evening:

Act 1 takes place in “authentic” 5th-century environment, with ruins all around and bodies impaled on high. Act 2 moves to an abandoned opera house, perhaps late 19th century. In Act 3, the opera house is used as a run-down movie theater, attention wandering from the singers to the big screen upstage where Jack Palance holds forth as Attila, in the 1954 Sign of the Pagan. 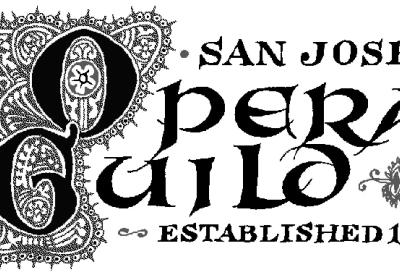 Yannick Nézet-Séguin and a superb cast prove we can never have too many recordings of Don Giovanni.

San Francisco Opera unveiled director Gabriele Lavia's new production of Mozart's Don Giovanni in what revealed to be a thrilling and inspiring Hall of Mirrors.

It's a "gagland" production with a dedicated, appealing cast.

The success of this summer “reboot” hinges on the music, not the production.