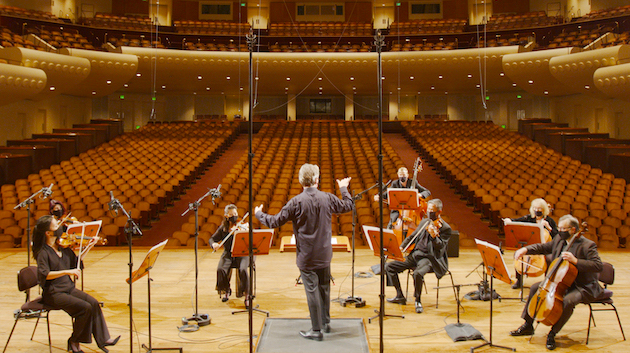 When the San Francisco Symphony canceled its fall season in June — the first hiatus in its 109 eventful years — a summer of heartbreak and brain strain followed as the new music director, Esa-Pekka Salonen, management, and musicians tried to deal with the challenge. In addition to many online offerings and a spectacular virtual farewell to Michael Tilson Thomas, efforts focused on starting up “something live.”

But instead of a modified, compressed winter portion of the canceled 2020-2021 season, SF Symphony today announced two seasonal events and one short but important and ambitious concert on Nov. 14, to be streamed and also televised. The hope is for additional events for the period to be announced next month. 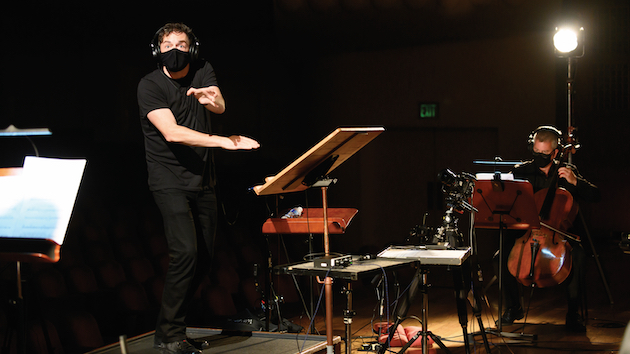 The Nov. 14 “From Hall to Home” concert presents the world premiere of Throughline, an SF Symphony commission composed by Nico Muhly, performed under Salonen’s direction by all eight Collaborative Partners, and the SFS orchestra. This will stream free at the symphony’s website, while being broadcast locally on KQED-TV at 7 p.m. PST, and rebroadcast on NBC Bay Area on Nov. 30, also at 7 p.m.

Throughline consists of 13 interconnected sections, with each movement highlighting a small ensemble of SF Symphony musicians; eight of the movements feature one of the collaborative partners as soloist, filmed in locations around the world. 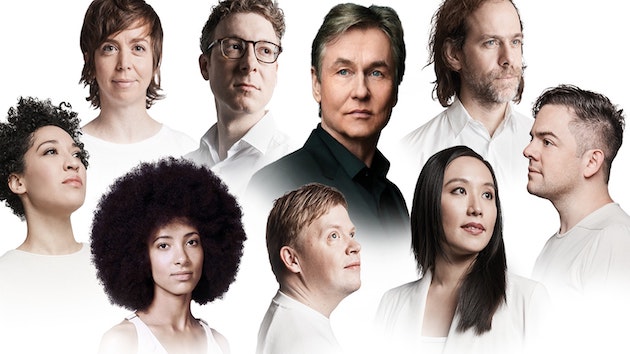 The event will broadcast in English Oct. 31 at 3 p.m. on NBC Bay Area; in Spanish on Saturday, Nov. 7 at 11 a.m. on Telemundo 48, and will be available in both English and Spanish for on-demand streaming at the symphony website.

On Dec. 5, the Symphony presents a virtual Deck the Hall celebration, hosted by conductor Daniel Bartholomew-Poyser, marking the event’s 40th anniversary with a program of holiday music and audience sing-alongs.

The program includes selections from Tchaikovsky’s Nutcracker Suite and Harry Simeone’s ’Twas the Night Before Christmas, Christmas and Chanukah favorites, and more, featuring musicians of the SF Symphony, organist Jonathan Dimmock, members of the SF Symphony Chorus directed by Ragnar Bohlin, and guests. The concert will broadcast on Dec. 5 at 3:30 p.m. on NBC Bay Area; Dec. 6 at 11:30 a.m. on Telemundo 48; and will be available for on-demand streaming at the orchestra’s website.

LA Phil’s Timely Resurrection of Its “Power to the People!” Festival

In a time of bold political statements, the latest episodes of SOUND/STAGE fit the moment, as well as providing musical relief.

Even if they manage to stay healthy, musicians are struggling for survival.