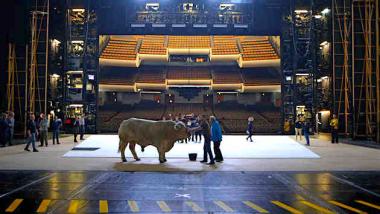 A Sneak Peek Backstage at the Paris Opera

A falling chandelier, an underground lake, some buried records, and maybe a corpse? A history as legendary as it is captivating. The Paris Opera has always intrigued, be it Gaston Leroux in 1910, Lon Chaney in 1925, Andrew Lloyd Webber in 1986, or generations of audiences drawn to the company’s productions, scandals, and inescapable cultural influence.

The artistic legacy of the organization stays rooted in an unbroken, centuries-old history as one of Europe’s leading creative forces, housing names like Lully, Gluck, and Verdi and synthesizing the French grand opera-style, a pervasive influence in the 19th century, adopted by Tchaikovsky and even Wagner. In the meantime, mainstage performances may now be split between the “Phantom”-haunted Palais Garnier and the more modern Opéra Bastille, but the allure of The Paris Opera has not faded.

In a new “all-access” documentary The Paris Opera (L’Opéra), Swiss director Jean-Stéphane Bron takes viewers behind the scenes of the storied institution in the present-day, under the directorship of Stéphane Lissner. Presented as ranging from “the cleaning crew to the prima ballerina,” a portrait emerges that at once encompasses both the establishment’s private inner workings and its large, public impact.

Opera diehards will have the chance to sneak a peek backstage at headset-clad stage managers, anxious and tuxedoed directors, and shoulder-rolling ballerinas; they will also see the daytime work of the production departments, moments in rehearsal with artists such as the young Russian baritone Mikhail Timoshenko, and the offstage contention of competing directorial and artistic visions.

But the film has its share of topics pulled from the headlines as well. Take the much-publicized 2016 resignation of Dance Director Benjamin Millepied (known to American audiences as Natalie Portman’s Oscars date, Black Swan choreographer, and eventual husband); or the citywide fallout in the days after the November 2015 Paris attacks, which transpired during the documentary’s filming. Scandalous or civic-minded, the Paris Opera cannot escape the national and international spotlights, always a leading cultural institution ripe for observation and documentation.

Verdi Chorus Comes Together as a Community

Wild Up Brings It Home