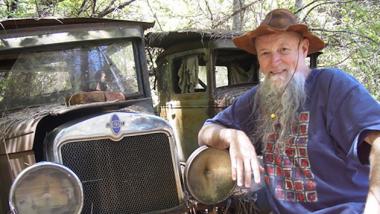 Out in the small, Gold Rush-inspired town of Camptonville, California, which has been rebuilt three times after fires, there lives a tiny music festival called the Sri Moonshine Music Series. Now in its second year, the concert series was founded by Terry Riley, the white-bearded, grandfatherly composer who is right at home in the Sierra Nevada town, despite being known for his long study of Indian classical music, beginning with the voice teacher Pandit Pran Nath back in the 1960s.

We wouldn’t suggest traveling to this festival, which takes place in the 100-seat Camptonville Performing Arts Center, but on the other hand, it wouldn’t be surprising to see Riley’s pet project turn the area into a local hub for new music. On the docket for the Grand Piano Weekend, August 25-27, which closes the festival are ZOFO Duo Pianists, the exciting and blessedly undefinable Barbara Higbie, and, of course, long-time Riley collaborator Sarah Cahill. 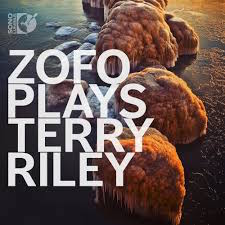 ZOFO (pianists Keisuke Nakagoshi and Eva-Marie Zimmermann) garnered praise for their 2015 album ZOFO Plays Terry Riley. But Cahill’s new album, Eighty Trips Around the Sun: Music by and for Terry Riley, which comes out Sept. 19 on Irritable Hedgehog Records, promises to be an indispensable retrospective of Riley’s enormous piano music output. Riley himself suggested the title, since the music includes new compositions dedicated to him for his 80th birthday. (He is now 82.) Cahill’s set is five discs and includes some early pieces never before recorded, so it’s definitely for Riley fanatics, but Riley’s music is charmingly seductive to many kinds of listeners. You can also hear Cahill live, Sept. 9 at the Community School of Music and the Arts, in Mountain View.

The legend in his own time gets a five-disc retrospective of his piano music from Sarah Cahill, and oversees a small new music series.