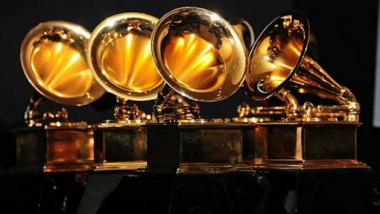 Your GRAMMY News and Quiz

The announcement of nominations for the 2016 GRAMMY Awards on Dec. 7 no doubt prompted music lovers (at least this one) to wade through hundreds of names in scores of increasingly exotic categories ("Best Regional Mexican Album, Including Tejano"), looking for classical-music artists and local honorees.

It is painfully obvious that rock, pop, and all that jazz overwhelmingly dominate what was originally called the Gramophone Awards from the National Academy of Recording Arts and Sciences, so it is remarkable who has won the most trophies since the beginning of GRAMMYs in 1959.

No, not Beyoncé (20), Kanye West (21), or Alicia Keys (15), but... Sir Georg Solti, who won 31 awards, having been nominated 74 times. Pierre Boulez came close, with 26 awards. The San Francisco Symphony has been nominated 19 times and won 15 awards - seven for the Mahler cycle (with Michael Tilson Thomas, also responsible for conducting a John Adams CD, which won a GRAMMY), eight for other projects going back in time.

This time, the local orchestra nominated is not the S.F. Symphony, but the San Francisco Ballet Orchestra - for Best Engineered Album, Classical, and the recording of Ask Your Mama. What? It's a composition by Laura Karpman, to poems by Langston Hughes.

Other local nominees are Encore Consultants' Ledins (Marina and Victor) of San Rafael, for producing Dances For Piano & Orchestra, Tempo Do Brasil, and Woman at the New Piano (with Nadia Shpachenko).