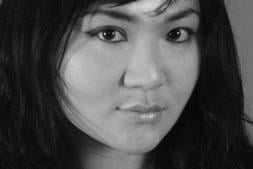 If the 33-year-old composer Du Yun had been born in her native Shanghai during the dark, repressive days of the Cultural Revolution, her musical vistas would have been decidedly limited. But, as a member of China’s hip, young, plugged-in generation, she found the culture of the West hers for the taking.

Yun’s eclectic jukebox of greatest hits, she says, includes everything from Bach and Beethoven, Ligeti and Berio, to Heiner Goebbels and Gavin Bryars, the performance art of Yoko Ono and Laurie Anderson, the pop tunes of Prince, the driving pulse of DJ Crash, and even the noise-music of Merzbow.

A year ago, the Berkeley Symphony and its music director, Joana Carneiro, commissioned Yun (who lives in New York City and teaches at the State University of New York at Suny Purchase) to compose a new work for the orchestra.

That process will reach fruition on Jan. 20 at UC Berkeley’s Zellerbach Hall when Carneiro conducts the premiere of Mantichora, for string orchestra. Yun’s 12-minute composition will be followed by a performance of Olivier Messiaen’s evocative Oiseaux exotiques, featuring pianist Natasha Paremski, and the concert will conclude with Beethoven’s Symphony No. 6 in F Major (“Pastoral”).

“My generation does not have the burden of the Cultural Revolution,” Yun explained, speaking from her home in New York. “Western culture was a big part of how I grew up. I am not nearly as aware of my Chinese references as is a composer like Tan Dun, who I know and love.

“I am a member of this young generation,” she continued. “We are more fearless about what we can do. I grew up karaoke-ing to pop songs, as well as practicing Bach eight hours a day at the Shanghai Conservatory. To my mind, it’s never been a question of ‘high art’ and ‘low art.’ Movies and multimedia have drastically affected how we perceive art; we’re used to multitasking. That’s how I feel about my music. I don’t make a distinction between writing and performing my songs, working with a dance company or composing a piece for string orchestra. It’s all very seamless for me.”

Mantichora, Yun admitted, is a deliberate misspelling of the word manticore — a mythical creature with the face of a man and the body of a lion. “I just loved the way it sounds, even though it is misspelled,” she said with a laugh. “I discovered it in The Book of Imaginary Beasts, by Jorge Luis Borges,” said Yun. “But it’s not meant to have any programmatic reference. It’s not like the vibrato in the strings means ‘at this moment the manticore is eating us up’!”

It was three in the afternoon and Yun was standing on a rooftop in Cairo, Egypt, with the city spread out all around her. At that moment, from minarets near and far, voices began to chant the Muslim call to prayer. Transfixed, Yun listened as the voices echoed and layered and reverberated into an exotic chorale. It was this layering and phasing of melody, she says, that provided the core idea for her composition, though, she points out, it is not meant to be in any sense a literal evocation of that moment.

“I think of myself as being a little bit of a storytelling composer,” she said. “But for me, storytelling doesn’t have to be linear. It can be Kafkaesque, or like the writing of Borges. It’s all about luring people into a world all its own.”

In addition to her taste for Western music, Yun said she incorporates a great deal of microtonal effects and melisma in her music, particularly in Mantichora.

“I regard myself as a gestural composer,” she explained. “For instance, in Western classical music, pitches are very important. But when you listen to Persian music or Mongolian music or Tibetan music, it’s more about nuances in the vibrato that lead from one frequency to another to create gestural phrases.”

The effect, Yun admitted, caused some consternation for the Berkeley Symphony’s players.

“They had technical concerns when they first received the score,” she said. “The principal cellist said the tempo was too fast, unless a sense of oscillation and vibration was the effect I was looking for. And I told her that was exactly what I was going for. I told her I don’t really care about pitch — it’s an approximation. For me, the score is a form of documentation of what I want,” she said. “It’s like a map. But it’s not the treasure itself. That comes in the performance ... I hope,” she added with a laugh.