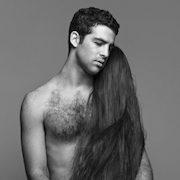 With Care Blurs the Boundaries Between Movement and Music

The arts, by nature, are forever being reinvented. Every generation finds a unique way to express its own passion, joy, anger, and angst through art. Multidisciplinary collaborations expand the possibilities, and can produce something completely new, and With Care, a piece that blurs the boundaries between movement and music, does just that. Co-commissioned by ODC Theater and American Modern Opera Company (AMOC), it premieres at ODC Theater in San Francisco on Nov. 1–3.

With Care features two dancers, Bobbi Jene Smith and Or Meir Schraiber, and two violinists, Keir GoGwilt and Miranda Cuckson, all members of AMOC, who interact as part of the performance. Along with music by John Cage, Reiko Fueting, and Bach, it also features a new composition by composer/conductor, pianist Matthew Aucoin, co-artistic-director of AMOC, and artist-in-residence at Los Angeles Opera. Recently announced as a 2018 MacArthur Foundation Fellow, Aucoin was awarded the prestigious “genius” grant for “expanding the potential of vocal and orchestral music to convey emotional, dramatic, and literary meaning.” At only 28, he is a fast-rising star in the music world.

The genesis for With Care came from A Study in Effort, a provocative piece  which Smith performs a large portion of completely naked. Conceived by Smith and GoGwilt, it was presented last year at ODC. The piece is divided into seven “efforts,” the last one being the effort of taking care. “I think that Bobbi and Keir both felt that there was more to explore in this idea of care,” says Aucoin by telephone. “What does it mean to take care of another human being? What is the difference between being careless and carefree?” He goes on to explain that it is an abstract exploration of intimacy and taking care of another, that is loosely hung on a narrative about a couple — the wife is ill with amnesia and the husband is her caretaker. None of this is explicit; it’s a buried narrative wound throughout the piece.

AMOC was formed in 2017 with the concept of gathering together a core group of singers, dancers, and instrumentalists who would work together to create multidisciplinary productions. They do not have a home base. Instead, they go to Vermont every summer for an artistic retreat with intensive workshops to develop the programs they plan to tour for the following season. Aucoin, who is based in New York, says that they worked very hard over this past summer on With Care.

Aucoin explains that he created his eight-minute composition based on watching the piece take shape live, and finding what was missing. “The luxury in creating this piece was that I was able to watch the two dancers and the two violinists figure out what they wanted the arc of the piece to be,” says Aucoin. “Over the course of workshopping it, the artists found a beginning that worked for them, and a middle, and then there was just this climactic moment that felt unfinished and needed music. I was able to write the music for a specific moment in the drama, in the narrative.”

The music that Aucoin composed, which is near the end of the piece, was inspired by the unique way that Smith moves and dances. “Bobbi has a way of dancing that is so visceral — she really puts herself on the line,” says Aucoin. She is interested in exploring the difference between pleasure and pain and is willing to use herself as a laboratory, which I think is such an artistically courageous thing to do. My music for this piece has, I hope, some of that visceral energy, that obsessiveness.”

When asked what his process is for creating music, Aucoin explains that it usually starts with an impulse, but it is different every time. “I start from uncertainty or confusion — I think of a composition as a process of exploration,” says Aucoin. Usually it’s a very small musical cell, whether it’s a rhythmic gesture, or a harmony that fascinates me. I think of harmonies and rhythms as having desires of their own — they want to get someplace, they want to be transformed — that provides the starting point for a piece.”

Aucoin’s music is unmistakably 20th-century, but he says that his influences “come from many centuries, anywhere from Mozart and Verdi to Radiohead, and everything in between.” He also cites his experience in high school as a jazz pianist as a strong influence on his rhythms. “We Americans have a very special relationship to groove because we’re where jazz came from, and where all this industrial-based 20th-century music originated,” says Aucoin. “I think there’s a deep sense of groove or pulse in my music, and I think that’s quite American.”

Although Aucoin is busy with commissions, he plans to use some of his “genius” money to write music for himself. “I really want to take the time to write something that has no commissioner — something that might be wildly impractical, but music that I feel a deep inner impulse to write,” he says. He is also giving a substantial chunk of the Fellowship money away. A big fan of what he calls the effective altruism movement, “with a core belief that most financial support should go to the people who need it most desperately,” he plans to donate substantially to GiveWell, which is based in San Francisco.

Aucoin also plans to write more music for AMOC. “AMOC is really my baby, artistically,” says Aucoin. “At the moment we have 17 members, and they’re singers, instrumentalists, and dancers, and they are all people that I believe in so deeply. I really want to write a lot of music for these artists in all different combinations, and I think this will ultimately give me the time and space to do that.”

Correction: As orginially published, this article misidentified the GiveWell organizaton that Matthew Aucoin supports. We have updated the name and link.

Körper examines the very essence of our corporeal existence.