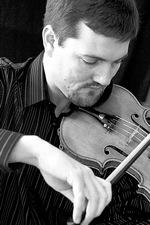 Luigi Nono: Out of the Shadows

Georgia Rowe on February 12, 2010
Although many consider him one of the most significant musical figures of the 20th century, American audiences still haven’t caught up to Luigi Nono. The Italian composer — a leader in the postwar avant-garde, and a contemporary of Boulez and Stockhausen — remains something of an enigma in the West.

The San Francisco Contemporary Music Players venture where others fear to tread. The ensemble’s March 1 program at the Yerba Buena Center for the Arts Forum, which features Nono’s late-life masterwork, La lontananza nostalgica utopica futura, may represent the sole opportunity to hear the composer’s music performed in the Bay Area this season.

Nono, who was born in Venice in 1924 and died there in 1990, was often at the forefront of the 20th century’s musical developments. Beginning in the 1950s, his early works blazed a trail through pointillism and serialism; his first major work, The Canonic Variations, is based on a tone row from Arnold Schoenberg’s Ode to Napoleon (in 1955, Nono married Schoenberg’s daughter, Nuria). Nono’s overt preoccupation with politics contributed to anti-Fascist works such as Il canto sospeso in the 1950s and ’60s and a pioneering use of electronica in the ’70s. The 1980s saw the composer creating mature works, including the string quartet Fragmente – Stille, An Diotima and Caminates ... Ayacucho for contralto, flute, choirs, orchestra, and live electronics. The opera Prometo, the finest expression of his “theatre of consciousness,” is Nono’s masterwork.

La lontananza nostalgica utopica futura, composed in 1988 for violin, live electronics, and tape, is a uniquely challenging performance piece. The score sends the violin soloist on an hour-long quest, supported by the sound engineer, who mixes eight independently recorded parts in real time. The Contemporary Music Players performance will pair Graeme Jennings, second violinist of the Arditti Quartet and a longtime champion of new music, with sound engineer Christopher Burns. The performance starts at 8 p.m., but music lovers are advised to arrive early for the 7:15 talk by Nono scholar Bruce Durazzi; musicologist Luciano Chessa will moderate a postperformance discussion.

In advance of the March 1 concert, the SFCMP are presenting a symposium devoted to Nono’s life and work. Speakers include Durazzi, Chessa, Jennings, Burns, and Ken Ueno. The event takes place Feb. 27 at 2 p.m. in Morrison Hall on the UC Berkeley campus. Admission is free.