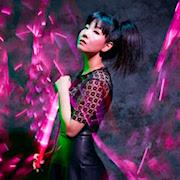 “I’m a work-for-hire artist,” says Choi. “This work feels most pure: I’m floored it exists. It’s not selling ads. There are no motives beyond art. They have no intentions beyond telling a night of great stories. It’s rare. You’re getting paid to do a beautiful project.”

Choi creates original scores and hires two teams to perform during nationwide tours that have grown from one tour annually to up to three per year. Stories about science, politics, art, music and more come from high caliber contributors, like those on the 2018 “Winter Issue” roster that includes National Geographic photographer David Guttenfelder (1.1m followers on Instagram); Rose Eveleth (Flash Forward, ESPN’s 30 for 30); and The New York Times best-selling or award-winning writers, filmmakers and musicians Sloane Crosley, Nathaniel Rich, Daniel Alarcón, Brittany Spanos, Veena Rao, Adrian Quesada, and others.

Accompanied by visual media — illustrations, photographs, animation — the shows Feb. 1 and 2 at the Curran theater launch a seven-city tour of one-night-only, performed journalism. Pop-Up’s events are not recorded or broadcast, leaving no digital trail. An after-party is the live show’s primary footnote, other than reviews.

Choi is Pop-Up’s exclusive composer and after nine tours, she has written music for more than 50 stories. “I get the stories three weeks before rehearsals. I ask them to talk their stories: a voice memo is worth a thousand paper words,” she says.

Choi listens for obvious things, like pacing. But the work is more instinctive than formulaic, with storytellers’ high or low voice range eliciting different results, for example. Whether a story is curious, sympathetic, funny, hopeful, nostalgic, tragic, or inspirational is important, as are the acoustics of the various venues in which Pop-Up is presented. “It all plays underneath someone talking. It can’t be too distracting or too loud. In Davies Hall, it’s actually hard to keep the music quiet enough. Because it’s a symphony hall and amplifies music better than talking, even if the speaker is miked, we have to be careful.”

Most often, the band includes Choi on piano (and on rare occasions, providing vocals), a drummer, guitarist (who can play both acoustic and electric), and a string player, either a cellist or a violinist. For the current tour, a saxophone was added because it’s the subject of one of the stories.

After the new music passes back-and-forth between Choi and Pop-Up editors and storytellers, three or four band rehearsals of the final score springboard directly into performances. “After the first show, I know a lot more,” says Choi. Even then, it’s different every night. If the speaker trips or loses his or her place and repeats a sentence, or the audience laughs longer than anticipated, Choi has written holding patterns and loop bars that can be repeated to accommodate change.

Working within the show’s given structures has paid dividends beyond income. As a composer, Choi has grown to appreciate how sparsity can set up a powerful mood. She’s noticed how simply riding the wave of a talking voice with music adds color and nuance to a story. “I’ve leaned on the idea that a little goes a long way more. At first, I had tons of changes. I still turn the mood sharply, but I’ve learned to not overwrite, to leave room for the imagination.”

Further rewards are “spreading the love” by being able to hire two teams of freelance musicians and hearing from audiences, especially young people, that it’s cool to see a “lady leader” in front of a band. Choi hopes it will encourage more girls and young women to pursue careers in composing and conducting.