Bay Area filmmaker (and occasional SFCV contributor) Tal Skloot knew he needed special music for his new documentary, 4 Wheel Bob. In his previous feature film, Freeway Philharmonic, which followed seven freelance classical musicians struggling to build careers while traveling constantly to rehearse and perform with regional orchestras, the classical-music score suggested itself. 4 Wheel Bob was going to require something more tailored to the quirky story. The film’s website offers this description of the tale:

4 Wheel Bob tells the story of Bob Coomber, an intrepid adventurer who sets out to be the first wheelchair hiker to cross the 11,845-foot Kearsarge Pass in the Sierra Nevada, ten miles north of Mt. Whitney, the highest peak in the lower forty-eight. For Bob in his wheelchair, this adventuring is fraught with danger. He must deal continually with altitude sickness and the threat of diabetic coma, not to mention possible fatal or crippling falls in the steep terrain. The path is often blocked with shattered granite, and Bob must turn his wheelchair backward in order to push uphill using only his arms. Going downhill has its own hazards; the trail is narrow, and his wheels often skid on the loose rock. We gain an intimate, foot-by-foot familiarity with Bob’s herculean effort and with some of the most perilous sections of the famous trail ... This story of overcoming immense obstacles will inspire us to look at our own self-imposed limitations and perhaps reach beyond what we think is possible.

If you’ve been following our series on film composers (see related articles in the sidebar), it would be easy to get the impression that all movie composition takes place in Los Angeles, but Skloot only had to go as far as Santa Cruz to tap composer and cellist Barry Phillips. A musical polymath, Phillips is highly regarded for his numerous recordings of early-American, Celtic, folk, and classical repertoire on the acoustic-music Gourd Music label as well as for his long-time collaboration with Indian sitar master Ravi Shankar. With that diverse background and his connections with dozens of great musicians well versed in traditional idioms, he was a good fit for this new project.

According to Phillips, “Tal’s idea was to have music that was along the musical feel that William Coulter and I developed in our Shaker music CDs but also had a “newgrassy” [contemporary bluegrass] influence. In those ways he wanted a very ‘American’ folk sound. I think he was right in using those influences — somehow supporting the emotions in the magical way music can do. Some scenes just needed that folk band to get a little more ‘film underscore’ and so I went there when I thought it was needed. Really one of my favorite music things is the faint line between folk and classical or Baroque music. I try to ride that line when I can.”

Describing what he was aiming for with his music, Phillips says, “As always, I was trying to support the emotion and action without drawing too much attention to the music alone. There are a lot of emotions in the film of course, but overall, with most scenes featuring amazing mountain photography, I wanted something like an organic American, folk, chamber music, with an occasional symphonic tip of-the-hat. The director and I were on the same page from the get-go, which made it go well.”

Phillips had to adapt to the short-form composition demanded by film. “I composed 20-something cues in a style that moves between a sort of “newgrass” to a traditional film underscore, though the main instruments in the scoring were cello, guitar, mandolin, and strings, so there is always a sort of friendly folk feel to it.” The primary ensemble included Phillips on cello, cittern, mandolin, and “some scattered other things,” Sumaia Jackson on fiddle, William Coulter on guitar, Jake Howard on mandolin, and Michael Gaisbacher on bass, as well as contributions from numerous other local and international luminaries as Darol Anger, Laurie Lewis, and Kaila Flexer, guitarists Roger Tallroth and Scott Nygaard, and Phillips’s brother, bassist Todd Phillips.

Phillips relished the work, and says, “The struggles were really very typical to any film soundtrack — the mystery of getting the emotional support ‘just right.’ Man, is that is a mysterious thing! I really love chasing that goal whether in films or any composition, though it gets really frustrating sometimes after trying for a long time to get a piece right. Happily, some cues were first try winners. I have to say, Tal is a great music director — great at explaining in words what the music should do. Still, getting the right music is always a challenge.”

While some of the music was contoured for specific cinematic moments, Phillips crafted much of it to stand on its own. “There are a few tunes I’m sure I’ll play in concert in the future,” he says. “I wrote a tune for fiddle, viola, and cello that is used in maybe 30-second segments [in the film], but I may include the whole thing on the new CD. It’s a slow, easygoing, sentimental fiddle tune I’m really happy with. There are some other cues like that, too, that I’ll develop more and perform, and some of the underscoring I could develop into longer pieces.”

Asked whether there will be a separate soundtrack release at some point, Phillips replies, “We are talking about that possibility now!”

4 Wheel Bob is screening at the New Parkway Theater in Oakland on October 3rd @ 7:00pm. There will be a post-film Q&A with Skloot and Coomber. 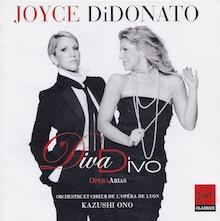 Heard This? Best Opera and Vocal of 2011