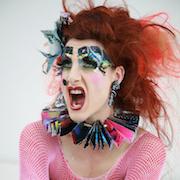 Justice pilots citizenship. As do mercy, desire, diversity, devotion, and community. Realistically, riding along are scars left by violence, racism, sexism, and classism, and other horrors.

It doesn’t sound like a place for dynamic transformation expressed through music, theater, dance, and visual art. But in the hands, bodies, voices, and minds of Bay Area artists invited to participate in “Transform,” Yerba Buena Center for the Arts’s new festival, citizenship is ripe for consideration.

The two-week, biannual performance festival features, in its inaugural season, seven newly commissioned works by Bay Area artists. A robust calendar of community programs include pop-up installations, films, behind-the-scene glimpses, public conversations, mixed-level dance classes, and parties — not to mention spill-onto-the-street activism and dialogue that’s sure to linger and link one festival to the next.

The artists were prompted by a question drawn from the 2015 YBCA 100 Summit: “Why Citizenship?” Given 30 minutes each and the unique playground of an original set design by Mexico-based architect Giacomo Castagnola, festival curators Marc Bamuthi Joseph, chief of program and pedagogy, and Isabel Yrigoyen, associate director of performing arts, flung aside expectations.

“What I feel we’re doing is providing space in the community,” says Yrigoyen. “As a producer, seeing how we can create something that is so didactic into something beautiful and special is like a puzzle. How do we create a space where everyone has a voice? Can we not be preachy? Can we just hold space? Can we create the conditions for people to start talking to each other?”

And an unspoken question: Does placing a theme center stage restrict artists or audiences and steer them into one-track thinking? “What happens is that there are always more questions,” says Yrigoyen, sounding not frustrated but made buoyant by the free-to-explore atmosphere. “Artists are answering questions with other questions. The only “right” answer is that artists and audiences participate as citizens of the United States—people actively trying to create a society that’s more open and engaged in social justice. We don’t want to divide.”

Which is not the same thing as not taking a stand or marking one’s territory. Instead, it is making sure that no single idea eclipses another. “The key to what we’re trying to do is to bring community together, especially with this question: “Why citizenship?” It’s important to activate a healing place where you don’t have to think and act a certain way.”

Curiosity becomes critical as each program on the festival involves collaborative contemplation of the theme, deep listening to alternative voices, and seeking to engage with people who might hold separate points of view. It is both scary and thrilling suggests vocalist, keyboardist, and percussionist Lawson-Ndu.

There has to be a willingness to speak, to go first, to influence and be influenced. It’s a lot of listening and creating on the spot. That’s not usual for me: I usually absorb, then take it away and write something. It’s not writing in the moment. Being in the space with the choreographer and visual artist pushes me out of my place of comfort. You don’t have time to be fearful or worried about putting out a bad idea.

In early rehearsals, Lawson-Ndu said she, Arrington, and Minoosh Zomorodinia stuck to their own worlds. Eventually, a rhythm and dynamic for thinking of the piece as a whole brought awareness of the influence and overall interplay of the elements.

Naming the work -opia- is a reference to “pia,” a root word for conditions having to do with vision or visual defect and made dually dynamic in the words “dystopia” and “utopia.” The piece has to do with perspectives and stories; with creating something worthy of awe that is larger than the things humans fear, she says.

Lawson-Ndu finds no danger in an assigned theme posed in question form as a starting point.

It gives artists a way to respond in a very open way. It will spark things as people go through and think about the open question. There’s sometimes a very narrow view in this country of what it means to be a citizen. It has whatever weight it has for every person. The point is that it starts a conversation. In addition to [inspiring] action, the work reinforces that people care. We need constant reminders. We need to not feel isolated.

Sometimes, revolutions happen when stories and ideas are recontextualized. Perhaps a courageous musician whose concept of stretching vocalization into wackiness has settled into a groove benefits from being jostled. Or a choreographer prone to rely on classical western technique for safe haven when tapping into alternative dance traditions discovers movement vocabulary that is not either/or. A person in the audience who enters feeling “other” and leaves feeling “us” has made a remarkable journey or has been invited into that courageous place some people call citizenship.

The spring 2018 “Transform” brings international artists to explore the concept, “public imagination” in collaboration with select local artists. The festival itself is still “under construction” and the opportunity to answer what Yrigoyen calls “the biggest questions of our time,” is likely to be similar to the wind: ever-present, directionally diverse, and always pushing us to witness something new, just over the horizon.

Ballet star-turned-choreographer set to premiere her first full-length ballet at the Cowell Theater, before taking it on the road.