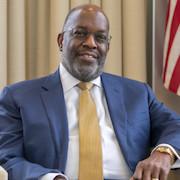 Oakland Symphony Music Director Michael Morgan will never forget where he was and the music he was about to conduct on November 10, 2019. Preparing to step onstage following intermission to lead the Memphis Symphony in George Walker’s quiet, contemplative Lyric for Strings, Morgan received the tragic news that Kaiser Permanente Chairman and CEO Bernard Tyson had died.

“I will always associate that piece with him,” said Morgan.

Across the United States and in Oakland and the Bay Area especially, Tyson’s visionary reach and legacy as a corporate and community leader, tireless advocate for affordable, accessible healthcare and champion of proactive initiatives related to homelessness, obesity, and other public-health issues continue to resonate long after his passing.

On January 24, the Oakland Symphony presents “Playlist: A Celebration of Bernard Tyson.” The R&B- and gospel-packed program curated by Tyson with additions by Morgan includes James Brown’s “Papa Don’t Take No Mess,” “We Are One” by Maze, “War (This Means War)” by Pastor Charles Jenkins and Fellowship Chicago, Chaka Khan’s “Sweet Thing, » Moses Hogan’s “I’m Going to Sing ’Til the Spirit Moves My Heart,” Trees by Ramsey Lewis, and “Theme from Superman” from the film score by John Williams.

The Oakland Symphony in this third-annual Playlist, a series that has thought-leaders selecting music for a program reflecting their influences, history, and passions, are joined by Oakland Symphony Chorus, Oakland Interfaith Gospel Choir, Jazz Mafia, and guest vocalists.

“The point of Playlist generally is to demonstrate the connection of people who are not in the music field to music,” said Morgan. “The younger generation sees the importance of music to a person they might have not have even associated with music.”

Originally, the working title for the series was “Great Minds.” Finding the title too limiting to express the larger world vision and outsized impact of the curators invited, the name was changed to Playlist. The first concert, in 2018, featured socio-political comedian, activist, and Emmy-winning host of CNN’s United Shades of America, W. Kamau Bell. The second Playlist was curated by Mexican-American labor leader and civil rights activist Dolores Huerta.

“Typically, the guest curator introduces the pieces,” Morgan said. “Because Bernard Tyson cannot join us, it’s a celebration of his life that will have guests speaking during the slots where he would have spoken.” Among the confirmed speakers are Tyson’s widow Denise Bradley-Tyson, Kaiser Regional President Janet Liang, and others. “I’m letting them talk about anything they want to say,” Morgan said.

Similarly, Morgan is hands-off during the early stages of composing the playlist. “I tell people to send me as many ideas as possible. I will boil it down into a program. I find that with Bernard Tyson and Bell, I had to push them to include more genres. Bernard Tyson sent me an enormous amount, heavily R&B and gospel; at least 25 to 30 pieces of music.” A revised list delivered Nov. 8, just two days before Tyson died, added the “Love Theme” from The Godfather and Trees. Arranged by Matt Wong for the orchestra, it was among the last pieces Tyson sent to Morgan.

“If you look, you’ll see they’re both different from anything else on the list. I don’t know what the significance of Trees is. It’s an intriguing piece. I’ll talk about the pieces themselves, but I’m not going to project why he chose them.”

Morgan said Tyson had an enormous amount of music on his iPad and was quick to play selections to demonstrate what he liked. Surprising and pleasing Morgan, roughly half of the pieces were unknown to him. “I’d heard them, of course. I just learn those as we go; we do that all the time for our “Notes From” concerts.” Unfortunately, he never had the pleasure of witnessing the Kaiser CEO’s rendition of Jay-Z, occasionally used at business meetings. “The first time I met with him, he was on his way to meet with Beyoncé and Jay-Z that night, so I know how close he was to them.”

Overall, the music chosen by Tyson is about not only the notes, but about the words. “It’s about the ideas — it’s not just that he thinks it’s a nice song. That makes sense because of his using music in talks he gave. If you’re going to use it to message something, you have to connect to what the song is talking about.”

The three works added by Morgan (Lyric for Strings, “I’m Going to Sing ’Til the Spirit Moves My Heart,” and the “Theme from Superman”), honor Tyson as a larger-than-life humanitarian. “Superman, at the end, was chosen to demonstrate him as heroic,” Morgan said. “I needed a heroic orchestra piece that was not too long and one that everyone would recognize. He was everybody’s hero, that’s why it fits. He wouldn’t have ever put that on his own concert, obviously. No one who deserves it would call himself superman. Tyson was one.” 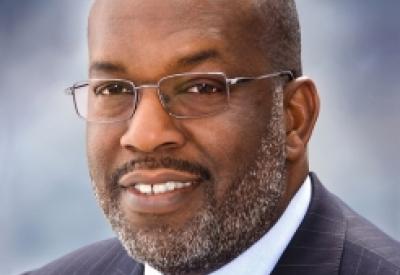 The career activist chooses music that energizes the spirit and engenders joy.