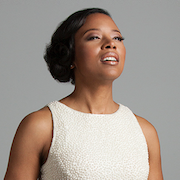 Perhaps in response to the horrors and hardships of 2017, artists, activists, and audiences will fling themselves into projects that push back futuristic scenarios of doom and gloom. Not all of the projects will be cutting edge or arrive as enormous productions. The best of them will not deny the past but will instead embrace both the ugliness and the incomprehensible beauty of what it means to be human. A few will inspire young people to love the art form and the courageous messages music can convey.

It’s possible these uplifting projects will begin with seemingly small aspirations, like Opera Parallèle’s world premiere new opera, Harriet’s Spirit. With music by jazz composer and bassist Marcus Shelby, libretto by Roma Olvera, and conducted by Luçik Aprahämian, the company’s Hands-On Opera program is the outgrowth of a residency with eighth-grade students at Rooftop Alternative School in San Francisco.

The story centers on Modesty (performed by soprano Christabel Nunoo), a middle-school student who is subject to bullying. Channeling strength and courage from the biography of American abolitionist and humanitarian Harriet Tubman, the young girl refuses to allow fear to rule her life.

For classically trained jazz vocalist Tiffany Austin, the opportunity to sing the role of Tubman is a homecoming. “I’m finding the voice and tone that works. It doesn’t have to be strictly classical, so I’ve folded in some jazz elements: a little slurring of tone is allowed,” she says. The biggest challenge is in the Berkeley-based singer’s low range where approaching a bottom-heavy jazz tone while still creating continuous vibrato and projecting her voice requires muscle memory. Expanding on a high, held note is natural to jazz and opera, but shaping vowels to be lyrical and ending consonants crisply demands concentrated practice. “I have to tap myself on the shoulder and remember we’re doing precise attack. The language we use has to be fleshed out.”

Austin is a graduate of UC Berkeley’s Boalt School of Law who chose a career in music over practicing law. She spent over five years performing abroad, mostly in Tokyo, before returning to the United States in 2009. Instinctively connected to the material, Austin says thinking about Tubman’s life evokes echoes of her Creole grandmother. “She too experienced the horrors of segregation and racism. But she had power; a steeliness that was also soft. When I’m in the music, I try to summon that up, that place of great love Harriet Tubman had to call on to endure. When does she soften? When does she push? There are pivot points in the story that I’m finding.”

Similarly, Shelby treads a blend of familiar and unknown territory. He’s spent the last ten years on projects involving Tubman, but approaching operatic form was new and exciting. “This is not a jazz score: There’s no improvisation or other jazz tools. We use recitative, all composed, an overture, and acts that support a European opera form. We have arias, costumes. The only thing we don’t have is a symphony orchestra that we’ll have if we ever expand this first iteration.”

A pianist, three soloists, and 20 students divided into three choirs perform the score. Shelby has worked often with Austin during the last six years and knows where her voice is most aggressive and dynamic. Thirteen years ago, Nunoo was a clarinet student with Shelby. Not having to guess about the soloists’ voices and acting left him free to concentrate on harder elements. “In opera you don’t have to be hung up on rhyming couplets: you have to tell a story. I had to divorce myself from writing songs. Instead I had to just write uplifting music with a message.” The message, he says, is about encouraging people to never let slavery, ongoing bigotry and racism, or being beat or bullied prevent acts of courage, vision, and compassion.

Austin agrees that she’s tapping into music that transcends genre. “When you sing a song, you’re not performing, you’re having a communicative moment. You’re touching on the history of the art, what’s inside of you. You’re pulling in the spirits of people who came before. I want to be as truthful and connective as I can be.”

Performances are Jan. 18 at 6 p.m., Jan. 20 at 10 a.m. and 1 p.m. at the Buriel Clay Theater in the African American Art & Culture Complex, 762 Fulton Street, San Francisco. Details at the Opera Parallèle website.