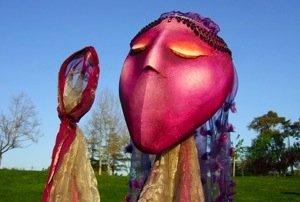 Jessica Balik on November 1, 2009
Sergei Prokofiev was a Russian composer who lived through tumultuous historical events. He was born in 1891, and during his youth music teetered between the so-called “Romantic” and “modern” periods. Following the Russian Revolution of 1918, he moved first to the U.S., then to Europe. For reasons that still bewilder scholars, he chose to return to the U.S.S.R. in the mid-1930s, despite iron-fisted Soviet censorship of the arts; he died in 1953 in Moscow. Prokofiev’s compositional output reflects the diversity of these stylistic and political circumstances.

His music is the subject of “The Prokofiev Project,” a four-day festival primarily sponsored by Stanford Lively Arts. The program, running Nov. 12-15, will bring renowned scholars and artists together on the Palo Alto campus for a series of discussions and concerts. Joseph Horowitz, a cultural historian who is serving as the project’s artistic director, also curated last year’s similar “Stravinsky Project.” This year’s Prokofiev festival also features visiting pianist Alexander Toradze, noted for his interpretations of Prokofiev’s music. Horowitz describes him as “a torrential and subversive artist whose own Russian/American odyssey is anything but simple.”

The Project’s first event will occur on Thursday, Nov. 12, at 7:30 p.m. at the Campbell Recital Hall of Stanford’s Braun Music Center. Horowitz and Toradze will join faculty pianists Kumaran Arul and George Barth in a discussion comparing historical recordings and films of the composer performing his own works to modern-day renditions of his music. Arul will perform Visions fugitives, Op. 22 (1915-1917), and Toradze will discuss two works: the Seventh Piano Sonata and the Second Piano Concerto. Arul and Toradze will also perform these pieces during subsequent concerts of the festival.

The first formal concert will be a piano recital by Toradze, Arul, and Barth, given in Dinkelspiel Auditorium on Friday, Nov. 13, at 8:00 p.m. Commentary will explain some differences between Prokofiev’s various musical styles. The pieces being performed also illustrate the composer’s stylistic breadth.

Although Prokofiev himself was a pianist, he hardly limited himself to composing keyboard works. On Saturday, Nov. 14, at 8:00 p.m., the Stanford Symphony Orchestra will perform some of his orchestral music. Horowitz will lead a preperformance talk in Dinkelspiel, and, under the baton of Jindong Cai, Toradze will perform the Second Piano Concerto with the orchestra. The program also includes tunes from Prokofiev’s most famous ballet, Romeo and Juliet. Prokofiev actually wrote three orchestral suites of numbers from the ballet, and this program features pieces from all three. Additionally, the concert will feature life-size puppetry by Robin Walsh.

The Project’s final event, scheduled for Sunday, Nov. 15, at 2:30 p.m. in Dinkelspiel, is intended for families. The Stanford Symphony will perform Romeo and Juliet again, along with Walsh’s puppets and a narrator. Significantly, this version of the lover’s tale features a family-friendly, happy ending.

Stanford Lively Arts is committed to supporting collaborations between scholars and performers. Especially because this particular collaboration surveys the composer’s varied output, “The Prokofiev Project” should appeal to a wide audience — one that includes children and adults, as well as novices and even experts on the composer. Although Horowitz himself notes that some questions about Prokofiev “in fact can never be solved,” they likely will be productively explored by this multiday extravaganza.