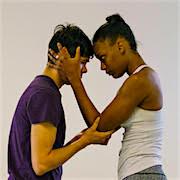 Risk-taking is fetishized by contemporary choreographers and composers, suggests choreographer Robert Moses, during a phone conversation about making art and the upcoming world premiere of Bootstrap Tales with the Robert Moses’ Kin dance company.

The new work, presented Feb. 23–25 at Yerba Buena Center for the Arts, opens the San Francisco-based company’s 23rd season. Featured in the program is a dance with original music created by artists Moses recruited primarily on the streets of San Francisco.

“That’s the scary part: Is this going to be a complete and utter misfire?” he asks. Despite having skills, craft, and artistic maturity — or perhaps because of those elements — Moses knows that risk lies between people saying, “I really don’t get it,” or, “That really spoke to me. I don’t know how, but it did.” He’s also aware of the counter-danger in repeating past or formulaic successes. “If you create hundreds of beautiful portraits of ships, you’re taking a risk that someone will get bored between ship 299 and ship 300.”

The only way for an artist to hold on and press into the wind, is if audiences come, check it out, then stick with an artist. “Risk is the way art and artists are built,” he concludes.

There’s more to dive into with Kin. Season performances and the company’s outreach have added dimension in a new, semi-related Bootstrap Program. In partnership with the City and County of San Francisco Family and Children’s Services Division, San Francisco Court Appointed Social Advocate Program, First Place for Youth, and California Youth Connection, the initiative brings foster youth into the company’s studio. Workshops in dance, music, video, visual art, web design, business, and marketing aim to expose Bay Area youth to possibilities and resources for careers in the arts. “It’s brand new; in its nascent form,” he says. “They might become cameramen, stage hands, go into marketing: That’s what’s different about this program. We’re all startups or self-starters in some ways. They start where they are and we move them forward.”

Moving himself forward has been instinctive and lifelong, but the unexpected and increased awareness about foster kids and street musicians has kicked Moses into new gear. “What surprises me about foster kids is basic: They’re not housed mostly in San Francisco, they’re all over the Bay Area. That blew my mind. And the musicians I met on the street for Bootstrap Tales? They’re wildly different from each other. Some OK, some not OK.”

Mostly, Moses has learned street musicians vary in their ability to manage relationships. His approach is simple: Find a musician whose music he likes, give them a few bucks, exchange contact information. If they agree to collaborate (Moses records their music and will use it only if and after a usage fee is agreed upon), the problems escalate. “They may or may not give up-to-date information, they may not be at the same place the next day. These are people in stressed situations. One young man had a Go-Fund-Me campaign for his mother, who was ill. He didn’t get back to me for weeks.” Another musician had standards Moses says were too high. “I talked to him and said I’d text him. I forgot and early the next day he sent a message, “Because you didn’t keep your word, I’m out.” I thought, ‘Wow.’”

A violin player working in the Bay Area gave him two different names. Another fellow was out for the first time and had no permanent connection to one location. “These are not long-term relationships. In some ways, they want me out of the way so they can make money and I respect that. They’re picking up dollar bills and quarters: They’re not thinking about artists privileged enough to go into a building and do what they do.”

The score — although Moses at first objects to the term as suggestive of “traditional, constructed, classical architecture” — is composed of songs and sounds made in the moment. “There are things I can’t account for: a drum a block away interacting with a signal light beeping, my conversations with street violinist and guitarists.” Moses and composer PC Muñoz took four pieces to Fantasy Studio in Oakland for remastering. Adjusting them for stage, weaving text into the mix, Moses says leaving realness — a crack in a singer’s voice, for example — was imperative. Strung together, he says there may be eight beginnings, eight middles, and no end, but the idea that everything has to hang together in a nice, neat catnip ball is exhausting. “It’s more satisfying to see something that means something,” he says. “People will leave with a sense of a whole life. The pace, the city, the way we go by people without noticing them deadens us to what’s particular about people. This counters that.”

Once again, we’re in a subtle way back to risk-taking. During extraordinary times, are we so angry we’re yelling at each other about things we’ve previously spoken of with civility? If we soften our voices, are we nuanced enough to be heard? Ultimately, are we tuning out, or tuning in?

Bootstrap Tales may not answer the questions. It’s simply built to ask them.

Nevabawarldapece, a new, live dance-and-music-and-spoken-word extravaganza choreographed by Robert Moses, is fitfully brilliant, yet at times hard to read.