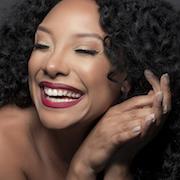 On its face, Bruce Labadie’s curatorial process seems astonishing. Surely it can’t be so simple? And soon enough, during a recent phone interview, the artistic director of San Jose Jazz and director of the organization’s ambitious Winter Fest 2020 expands his response to reveal layers of listening and learning behind this year’s selected lineup of artists.

A broad base is the launch pad for a hard-driving vehicle that this year taps into enthusiasm for contemporary jazz music that Labadie says is “unreal” in the U.K., Sweden, Brazil, Japan, Russia, New York City, New Orleans, and, closer to home, the Central Valley and Sacramento. Two weeks ago, at the 2020 Association of Performing Arts Professionals conference in New York City, he noticed a definite uptick. “People came from across the country to listen to jazz in January, when it can be miserably cold in New York. There was such a great energy. There were dozens of venues and every show was packed, not just for young performers but for top-tier people like Stacey Kent.”

Kent arrives at the festival with an award-winning catalogue of 11 studio albums including her most recent release, I Know I Dream: The Orchestral Sessions (Okeh/SONY). Labadie says big name artists like Kent and Zenón are special not only because of the wealth of experience they display onstage, but the role they play in inspiring the next generation of jazz all-stars.

Bouncing from Kent and Zenón to Sheléa’s appearance with the San Jose State University Big Band, Labadie says, “We bring in youth groups that perform for free, doing one-hour sets at Cafe Stritch. For the project with the university students, working with someone like Sheléa in a professional theater like the Hammer is invaluable.” There’s added value for educators at SJSU. “We met with them about what would make their programs competitive when their scholarship opportunities are limited compared to other universities. They can offer maybe $200, versus thousands at other places with bigger budgets. Giving students a chance to work with professionals is a draw, and one way we can help support them.”

Labadie has presented Sheléa three times, and says her blend of jazz, pop, R&B, and soul is arresting for its quality and her connection to audiences is unique. “In performance, she goes into the crowd, takes suggestions. When she goes back onstage and sings those songs, they connect with her. She’s just starting out and she’s going to be big.” Already, the young singer — also a pianist, songwriter, producer, and actor — has performed at the White House for Barack and Michelle Obama, appeared in an Emmy-nominated HBO film, collaborated with other artists at events celebrating female empowerment, and participated in educational youth programs including the Grammy Museum Summer Sessions and more.

Similarly, Aaron Abernathy impressed Labadie with his dynamic stage presence two years ago. “He was at our Summer Fest and I knew then I wanted him to return.” Abernathy’s deep roots in gospel and 1970s-style soul bear inflections of hip-hop, and his tight compositions bring to mind an odd but wonderful mix of Prince meets Marvin Gaye.

Shayna Steele, he says, is making a strong move beyond her work as a background singer with artists like trumpeter Chris Botti to emerge as a powerhouse solo performer and songwriter.  Labadie says, “I like to find young solo artists and women who are also composers, although those are still tough to find. Why? Because, unfortunately, there are still just more men writing music.”

Asked if including more people of color and women in the festival would expand the audience base, he says, “How do you build? You broaden your program, you look at who’s playing at Yoshi’s, SFJAZZ, the Chapel in San Francisco, the Blue Note. It’s important we draw from what we see in San Jose, but also other places.”

Labadie says Black String was selected in anticipation of a strong reception from the city’s large Asian community. Fusing traditional Korean music and instruments with jazz leads to unexpected surprises, as does the funky Cajun blues slant of Louisiana-based group, The Revelers.

One of the surest indications of the festival’s success, other than entirely sold out shows at last year’s Winter Fest, is that Labadie rarely is the one chasing after talent. “Now, I get emails from artists from all around the world. Many of the artists coming are bringing themselves; they find us. They contact us and we fit them in when they’re in the area. Artists tell me that in San Jose, they get the best diversity of audience: Latinos, African Americans, Asians, South American, and other nationalities. And our audiences are educated and really listen; they’re not talking all during the shows.”

Ultimately, people attending SJ Jazz Winter Fest will have to choose from among the festival’s wide platform of performances. For that, Labadie has some advice: “Trust your gut.”

Julius Rodriguez Comes Into His Own

He’s only 21, but the New York–based jazz pianist showed serious artistry in a set at the Black Cat.