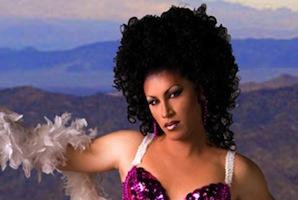 When it comes to deciding on an opera program, music lovers have a lot of options. They can go with traditional. They can explore contemporary options. Or they can do what West Edge Opera is planning and go for a cabaret-inspired program. Perhaps it’s not what most people would think of for an opera company, but rest assured, there’s still a strong operatic basis in its next unusual offering.

West Edge’s program in late July and early August features two fantasies — one about an unreal city but with real experiences, the other about a real city with unreal experiences. The first is Mahagonny-Songspiel, a 1927 collaboration between Bertoit Brecht and Kurt Weill that came about before their Threepenny Opera days. The second work is Vera of Las Vegas, a contemporary one-act opera, planned as part of an as-yet-unperformed larger work, by Daron Hagen and Paul Muldoon, that was first staged in 1995. As to how they function together, “I think it’s a natural pairing,” says West Edge Opera Music Director Jonathan Kuhner. “I’m not sure which came first in [Artistic Director] Mark [Strechinsky’s] mind. But both are about cities of sin.”

They’re much more than just that, of course, as Kuhner goes on to explain. They also are not clones, since each piece has a different story structure and libretto approach, a different style of music, and a different emphasis on the story’s outcome. But both explore, in Kuhner’s words, “raw sensuality and raw emotion.”

Mahagonny-Songspiel is a precursor to the Brecht–Weill three-act opera The Rise and Fall of Mahagonny, which debuted in 1930. It’s more of a stage act than a one-act opera, featuring six songs that were later incorporated into the longer work, including the well-known English-language “Alabama Song.”

The work is highly structured, with Weill’s lighthearted jazz score playing off the more cynical libretto from Brecht.

Sung by four men and two women, it echoes the theme of the longer work, as well, as the group is making their way to Paradise only to find that they’re bringing their problems with them. Things go from bad to worse, and the moral of the story, according to Kuhner, seems to be “What can you do?!”

The story, with its cabaret-inspired music and settings in saloons and brothels, was considered scandalous and at the very limits of acceptability when it was initially performed. Still, even with its then-cutting-edge approach, the work is highly structured, with Weill’s lighthearted jazz score playing off the more cynical libretto from Brecht.

What Plays in Vegas Stays in the Mind

In Vera of Las Vegas, things get a little looser in both style and subject matter. This work also is about escape, but to a real city rather than an imaginary one. In this case, though, the escape is a nightmare. The work features ex-IRA terrorists on the run, a stewardess turned immigration agent (sung by Heidi Moss Sali, who brought the piece to the attention of Streshinsky), two chasing MIA thugs, torture, nuns, strippers … and Vera, a transvestite lap dancer, being sung by the acclaimed countertenor Brian Asawa. It’s never quite clear what is real or imagined, yet in the end the two main characters learn they can never really escape who they are.

The subject matter is filled with adult language, innuendo, and raunchy clowning around.

In this case, the music is based on the popular musical styles of the 1990s, primarily the light jazz you’d find in a Las Vegas club but also pop, Broadway, light country — a pop kaleidoscopic with driving rhythms and restless harmonies. Like the music of Mahagonny-Songspiel, Vera bridges the gap between classical and popular music, trying to find a balance between the two. Muldoon’s lyrics are equally fantastical; his background as a poet results in plays on words, plays on sounds, and a sense of free association.

As for the orchestra itself, Kuhner says they wanted a cabaret evening, so his orchestra is set up in cabaret configuration, with Hagen reorchestrating Vera for this performance. The smaller orchestra, with piano/electric keyboard, violins, clarinets, sax, trumpets, trombone, bass, and drums, will share the stage with the performers.

One warning: The subject matter is filled with adult language, innuendo, and raunchy clowning around on stage (but little nudity). While the fact that each one-act is fairly short may make it seem like an ideal choice for an introduction to opera, parents probably will not consider these works appropriate for young listeners.

It’s not your typical night at the opera, but it certainly should be fun.