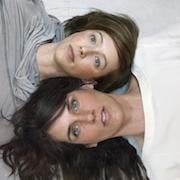 Before she died at age 91 in 2015, conceptual artist Sonya Rapoport executed an everlasting, vital act: She made sure the engine that drove her passion lived on.

Specifically, the Berkeley-based artist established and endowed the Sonya Rapoport Legacy Trust to preserve ongoing collaborations between her works and those of living artists. Over a span of 66 years, her vast and self-reflective art flowed from early abstract expressionist paintings to drawings and collage on paper and investigations of interactive computer animation, web art, a blog, videos, and multimedia installations, most of which integrated science-based iconography, digital technology, and extensive cultural and personal references. Late-career, major retrospectives have been held at KALA Art Institute, Berkeley (2011), Mills College Art Museum, Oakland (2012), The Fresno Art Museum (2013). In the Bay Area, Rapoport’s work is in the collections of SFMOMA and BAMPFA.

Like a massive river fed by freshwater tributaries, the artist’s posthumous work continues to expand. The most recent participants: vocal and violin duo Majel Connery and Kristina Dutton, collectively known as Hae Voces. Rapoport Remembered, a project commissioned by the trust and supported by a grant from the Zellerbach Family Foundation, premieres June 1 at the Kala Art Institute in Berkeley.

The musical reimagining of her art centers on the Anasazi Series, a collection Rapoport created in the late 1970s of colored pencil drawings and image transfers on continuous feed computer printouts. The sheets of paper displaying coded data of mathematical symbols based on the structural patterns in Anasazi Indian pottery designs are made vibrant with Rapaport’s bright, graphic shapes, lines, drawings, and overlays of expository typewriter text, hand-drawn maps, Indian motifs, and more.

Having developed the art/music San Francisco Salon Series in 2014, Hae Voces co-founder Dutton recalls being approached in 2016 by Rapoport Trust Director Farley Gwazda. “He expressed interest in a collaboration or commission opportunity: a musical reimagining of Sonya’s works.” Bringing vocalist Connery into the project after an earlier collaboration “fell into a natural rhythm together musically and interpersonally,” Dutton says added excitement and cemented their and the Trust’s mutual interest in cross-genre work.

Collectively, Dutton and Connery bring to their compositions rigorous classical training and influences grounded in opera, jazz, indie-pop, analog and digital electronic music. The merging of visual art and sound had Dutton and Connery transposing Rapoport’s graphic imagery into a score. “This series has an immediate, visceral appeal. They almost look like they could be a graphic score. We decided to read them as if she was ghost writing music for us,” says Connery.

The set for the project re-creates a series of laminated floor tiles drawn from another work, Bonito Rapoport Shoes (1978) as the playing stage. Here, Rapoport’s computer printouts display data based on what women think about their shoes. Included in the analysis are Anasazi and European footwear — and even Rapoport’s art studio jelly sandals. Humor — including satire, parody, and social commentary — is interwoven throughout Rapoport’s work, lending levity but also depth and wisdom expressed with a light hand. Similarly, Hae Voces ventures into sonic territory that suggests through classical structures a child at play, the innocence or ferocity of animals, invented languages, spontaneous breath, innovative acoustic and electronic instrumentation, and more.

Connery says because she and Dutton had never met Rapoport but wanted the intimacy of personal connections to be an element in the work, colleagues and friends of the artist will tell anecdotes and read excerpts from obituaries and the artist’s writings in one section. “Their connections radiate. We don’t want to memorialize her, we want her remembered and the closer we can get to the source, the better.”

Looking back at Rapoport’s life and legacy is inherently forward-thrusting. She often revisited her own artwork, deriving new truths and applying novel techniques to previous paths taken. She was, therefore, inevitably spinning out original work. Connery says that process aligns with Hae Voces both in principle and in specific ways in this project. A poem for a section titled “Afraid of Dying” is double-spun through Google to translate from English to Afrikaans, then back to English. It renders the language more brutal and mirrors both Rapoport’s sharp-edged graphic images and Hae Voces’ use of abstract lyrics and looping. “Repetition in her visual medium is replicated in the composition. There’s a level of intensity and textures that feels like us,” says Connery. “It’s not precise rendering, but we take what she’s doing and help people to find her in our music.”

Balance in collaborations is precarious. In cases like this one, with three artists of singular vision and established stature, combining forces without losing power or individuality is essential. Here too, Rapoport’s blessing from beyond to use her art as impetus for new work and Hae Voces’ experience balancing two treble voices — the human voice and violin — result in kinship. “We’ve worked through the dynamics,” Connery says. “We don’t make it a competition. We’re not crowded, chaotic, or competitive; we all three swim at the same latitude.”

The Partition of British India unfolds in the multimedia melding of Classical Indian and Western music, dance, and art.